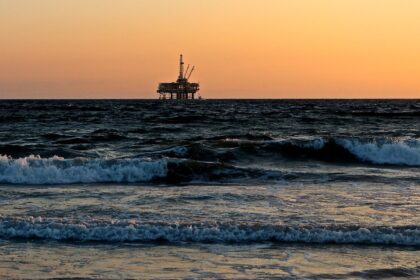 Europa Oil & Gas, the UK, Ireland and Morocco focused oil and gas exploration, development and production company, announced this Tuesday Aug.3 the formal launch of the farmout initiative of its high-impact exploration opportunity, the Inezgane Offshore Permit, offshore Morocco in the Agadir Basin, awarded to the Company in 2019.

Simon Oddie, CEO of Europa said, “We are delighted to announce the launch of the Farmout initiative of the Inezgane Licence which represents not only a high-impact exploration opportunity for Europa but also sits comfortably within the Company’s strategy of creating a balanced portfolio of complementary assets.”

“Morocco is a welcoming jurisdiction in which to operate and has excellent ESG credentials in the fields of wind, solar and hydroelectric with ambitions to source 50% of its electrical energy from renewable sources by 2030 as well as becoming a net exporter to Europe,” he added in a press release issued by the company.

In holding a 75% interest in, and operatorship of, the License, Europa controls an area of 11,228 sq. km with Morocco’s ONHYM holding the remaining 25% interest. The work completed thus far has focused on the top five ranked prospects which each have mean resources in excess of 200 mmboe at the Albian level, with total mean resources in excess of two billion barrels.

“These are extremely positive numbers for the Company and we hope to capitalize on the prospectivity demonstrated along this prolific geological trend,” Simon Oddie stated further.

The Company was awarded the Inezgane Offshore Permit in November 2019, which lies offshore Morocco in the Agadir Basin in water depths mostly below 2000 meters.

Europa has access to 6200 sq. km of high-quality 3D seismic data to evaluate the prospectivity of the Licence. So far, Europa’s work has focused on the top five ranked prospects namely Alpha, Charlie, Falcon, Turtle and Sandpiper; these prospects have a wide range of structural styles including 4-way dip, salt flank and salt under-hang, the company explained in the press release.

Each has stacked potential at the Albian, Campanian and Barremian levels, all within the Cretaceous section, and all five prospects have mean resources in excess of 200 mmboe at the Albian level which remains the primary target. The total mean resource is in excess of 2 billion barrels (oil equivalent) at the Albian level with significant additional reserves potential at the Campanian and Barremian levels which represent secondary and tertiary targets.