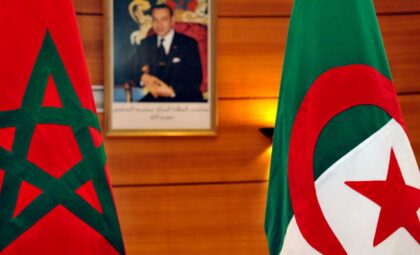 Morocco’s king has made a sincere call to the Algerian president to work together to improve relations and open borders, underlining the close ties between the two brotherly peoples whom he described as twins. But will the rulers of Algeria respond to this call?

In a speech marking the Throne Day, King Mohammed VI reiterated that there was no justification for maintaining the borders closed and made it clear that Morocco and Algeria share the same security challenges which they have to overcome together.

The king’s fraternal call on Algeria and his warm words towards the Algerian people stand in stark contrast to the warmongering that has intensified since President Tebboune and the Chief of Staff Chengriha took power.

Chengriha, believed to be the Kingmaker in Algeria, has described Morocco more than once as an enemy, while Tebboune asks Morocco to apologize!

Morocco could also ask Algeria to apologize for hosting and arming a militia that has Moroccan blood on its hands or to apologize for maintaining borders closed causing an ordeal for families on the border.

Morocco is not the aggressor nor the cause of the stalemate in the Maghreb integration and the King made it clear – speaking to the Algerian people-saying “Morocco will never cause you any evil or problems. Nor will my country put you in peril or under threat. That is because what affects you affects us, and what befalls you harms us.”

This landmark speech is a continuation of Morocco’s outstretched arm policy towards Algeria and will stand as a reminder in history of who sought to achieve integration in the Maghreb and who blocked it.

From a Gramscian angle of the “Pessimism of the intellect, optimism of the will”, little can be expected in favor of the Maghreb integration by an Algerian regime ruling behind a thin civilian curtain lacking legitimacy.

Needless to say that Algeria has nothing to export but hydrocarbons, an undeveloped tourist sector and hence sees in Maghreb integration and the freedom of movement as a zero sum game. But in the long term, Algeria’s economic fabric will grow in competitiveness through openness. Maintaining borders closed will only delay the inevitable free trade.

But, the words of the King reverberated among the Algerian people and Algeria’s wisemen leaving the Algerian presidency and army isolated as all their attempts to divert the domestic crisis by fueling anti-Moroccan sentiment failed.

Morocco is not the enemy of Algeria! Algeria’s enemies are its own autocrats who have squandered the oil money leaving the country reeling under inflation, shortage of foodstuff and lack of water, exacerbated by a worsening health crisis.