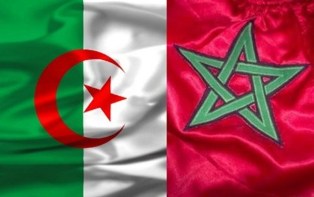 King Mohammed VI called on Algerian President Abdelmedjid Teboune to open borders and work together, without conditions, for the development of bilateral relations based on trust, dialogue and neighborliness.

Borders have been closed between the two countries since 1994, despite multiple calls by Morocco for a normalization of ties and allowing the free movement of people, goods and capitals.

“It is my firm belief that an open border between two neighboring countries and two brotherly peoples is the norm,” said the King.

The Monarch made it clear that the status-quo in the borders was contrary to the spirit of the Maghreb Union, adding that “neither the current Algerian president, nor even his predecessor, nor I, are responsible for the decision made to close the border.”

“There is no sensible justification for the current situation, the more so as the reasons that led to the closing of the border apply no more,” said the Monarch.

“I do not wish to blame or lecture anyone. In fact, we are brothers, who have been separated by an intruding entity, which should not be allowed to come between us,” he said.

The closure of borders contributes “to the closure of minds, which are swayed by the false stories spread by some media outlets, namely that Moroccans are afflicted by poverty and that they live on smuggling and drugs,” he said.

These allegations are not true as Morocco is home to an Algerian diaspora and many Algerians can visit the country and check for themselves the fallacy of such claims, the Sovereign said.

Speaking to the Algerian people, the King said: “Morocco will never cause you any evil or problems. Nor will my country put you in peril or under threat. That is because what affects you affects us, and what befalls you harms us.”

The Monarch also pointed out to the shared challenges faced by the two countries citing migration, smuggling, drugs and human trafficking. “It is the gangs which engage in such activities that are our real, common enemy. Should we work together to combat them, we would surely manage to reduce their activities and dry up their sources.”

He deplored “the media and diplomatic tensions currently characterizing relations between Morocco and Algeria; not only are they detrimental to the image of both countries, but they also create a negative impression, especially in international forums.”

“Morocco and Algeria are more than just two neighboring countries: they are twins, complementing one another,” said the King.