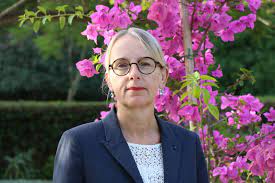 Morocco has turned the tide in the trade balance with France over the past decade with a booming automobile industry, French ambassador Hélène Le Gal has told online media le360.ma.

The surplus according to the French diplomat is led by vehicle exports from the kingdom to Europe and France in particular.

“The French are starting to buy cars again, many of which come from Morocco. This explains the French trade deficit with Morocco. This deficit is growing year after year, so we will have to be more offensive to be able to fill it,” the diplomat added.

Morocco’s vehicle exports are led by French automakers Renault and Peugeot established respectively in Tangiers, Casablanca and in Kenitra.

A report by the French mission in Rabat dated dec.2020 notes that exports from Morocco to the European country increased by 70.5 per cent between 2012 and 2019.

“Our exports to the Kingdom grew by only 18.3%. Under these conditions, our bilateral balance went from a surplus of €753 million to a deficit of €816 million,” the report says.

France is the second trading partner of Morocco accounting for 12.2 per cent of the total volume, right behind Spain with 15.6 per cent.