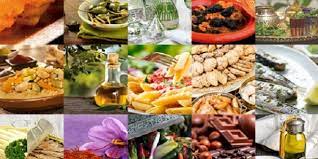 Morocco after taking a leap of faith in betting on its agribusiness sector is reaping the fruits with thousands of jobs created and sizeable revenues generated, despite standing challenges including fierce competition on the international markets.

In 2014 and 2017, the kingdom through respectively a Memorandum of Understanding (MoU) and program contract agreements signed with several stakeholders, set the tone to industrialize its agribusiness sector, identified as a key area to create employment and reduce trade balance deficit.

Thanks to the two major moves, the sector has generated a turnover put at MAD161 billion (around $18.1 billion), an added value of MAD39 billion and 161,000 direct and indirect jobs, Moroccan Minister of Industry and Trade, Moulay Hafid El Alamy, was quoted by La Vie Eco weekly as saying.

Aside from the deals with the stakeholders, the kingdom and some private investors have pledged additional MAD12 billion through the Industrial Development and Investment Fund (FDII) and Agricultural Development Fund (FDA).

As of now, El Alamy noted, 122 investments valued at MAD13.5 billion, have been validated through the two funds and are expected to create 13,000 jobs, a turnover of about MAD5.1 billion and MAD2.1 billion in terms of export.

The new funds are expected to enable the generation of 21,000 new jobs, MAD23.5 in revenues and a turnover of MAD6.9 billion.

With those projections, the minister stressed, the kingdom will be able to reduce its trade deficit. Currently, the North African country is spending MAD183 billion in the import of products that can be produced locally.

The forecast point at MAD7 billion in gain for the trade balance.