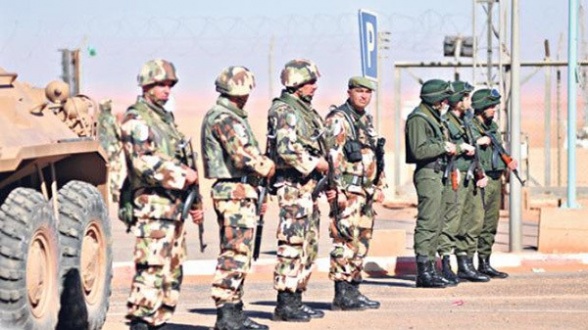 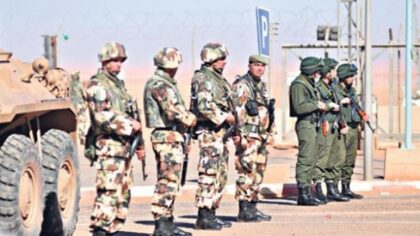 The Algerian army will deploy in Mali where France is preparing a military base for the Algerian soldiers, says London-based consultancy & business intelligence center, Menas Associates, citing a reliable source and photographic evidence.

The Algerians will be deployed at Hombori base, 247 km southwest of Gao, on the front line of the Sahel’s Three Borders area where the Islamist extremists are gaining the upper hand over the French, allied and G5S forces.

The Algerian junta has paved the ground for such a first military deployment overseas with the amendment of the Constitution in November 2020.

According to Menas experts, who provide actionable intelligence to multinational companies, investors, governmental bodies and security agencies, Paris looks forward to scaling down its military forces in the Sahel before France’s 2022 presidential election but wants the Algerians to step up to the plate in support of the local Malian, Nigerien and Burkinabé forces.

“We understand that neither the army high command nor the intelligence services are happy with the move because it will be so unpopular. But Algeria is currently so politically and economically weak that it cannot resist such pressure from France and the US”, underline Menas Associates, noting that there will be serious difficulties for Algerian troops in Hombori.

The Algerian intelligence services have created the extremist movement for Oneness and Jihad in West Africa (MUJAO) and have close relations with the jihadist group Jama’at Nasr al-Islam wal Muslimin (JNIM), says the analysis of Menas Associates.

Last week, French President Emmanuel Macron said that his country was wrapping its anti-jihadist military operation in the Sahel after combating the terrorists for eight years.

He also said that French special forces would work alongside other European countries in the Takuba Task Force fighting militants in the Sahel alongside the Malian and Nigerian armies.

More countries would be asked to contribute forces to that alliance, including the United States, which until now has only provided logistical and intelligence support in the Sahel, the French President affirmed recently.

Paris has haltered lately its joint military operations with Malian forces after the ruling junta’s failed to give guarantees to hold free elections.
According to some press reports, Malian army Colonel Assimi Goita, who took power last May after his second coup in nine months, sent on June 12 an envoy to Algeria seeking military support and border control against jihadists.