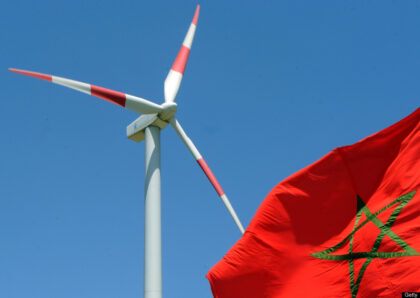 The Middle East Policy Council zoomed on Morocco’s leadership in renewable energies, highlighting the country’s steady march to meet its ambitious goal of generating 52% of its electricity needs from renewables by 2030.

“Today, we not only create projects linked to renewables but have a broader strategy with objectives to reach. For example, in 2009, we set the goal of reaching 42 percent renewable energy capacity in 2020. Now the target is 52 percent capacity by 2030,” Mouline said.

“We believe that it is possible to reach the very ambitious objective of 100 percent because it has become economically possible. Before, it was limited by the intermittency of renewables, but that is not the case anymore,” he added.

“We can reach 100 percent of renewables while eliminating also all use of fossil fuel for transport,” he said.

To that end, Mouline highlighted the place of hydrogen to accelerate Morocco’s energy transition.

“There is growth in R&D, infrastructure, and capacity building. In the future, we will not only be 100 percent energy sufficient, but we will also export green hydrogen and electricity to Europe,” he said.