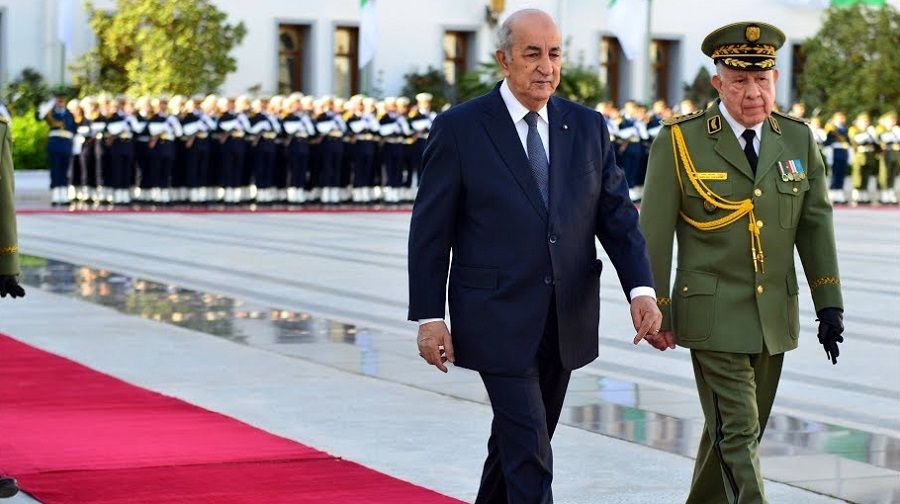 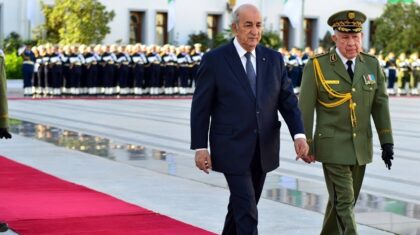 After pushing conspiracy theories to the limit, trying to pin Algeria’s home-grown economic and social problems on “foreign hands”, Algeria’s new ailing president Teboune has given a diatribe under the form of an interview to French le Point magazine in which he mocked himself by trying once again to wave the Moroccan threat at the doors of Algeria going as far as expressing disrespect for the Moroccan monarchy.

His vulgarity has no match in the recent history of the Algerian state. No president has ever called Morocco an enemy nor tried to burn bridges between the two people and the two countries.

Abdelmajid Teboune’s warmongering against Morocco shows the depth of disarray within an oil-rich regime that has failed to ensure supply of the domestic market with milk and cooking oil leaving thousands queuing daily for vital services.

“Morocco has always been the aggressor. We have never attacked our neighbor. But we will respond if we are attacked. I doubt that Morocco will do so given the state of play of the balance of power,” thus spoke the Algerian president, a puppet of powerful generals who fund, arm and back a separatist militia against Morocco’s territorial integrity.

Teboune’s attempts to cover the sun with a finger is fooling no one in Algeria and beyond. History will remember that the Polisario separatist militias have used Algerian territory as a rear base to wage guerilla attacks to kill Moroccans. And last December the declaration of war on Morocco by the Polisario separatists was made from Algerian territory.

His answer to a question on the future of the Maghreb Union made commentators wonder whether his recent infection with coronavirus has messed up with his logic. He said “the lofty roles (in Maghreb endeavor) goes to Algeria. The rupture with Morocco – here I am speaking of the monarchy and not the Moroccan people whom we respect- is a long discord.” Here again he forgot that the Monarchy is part and parcel of the Moroccan people!

One cannot be something and its opposite. Algeria has obstinately insisted on keeping borders closed and prevented the Maghreb from unlocking its trade potential. It has obstructed the freedom of movement and kept Maghreban people apart.

The President also appeared unable to swallow the diplomatic blow dealt to the military regime in Algeria following the US recognition of Morocco’s sovereignty over the Sahara where more than 20 countries opened consulates.

He, however, indulged in wishful thinking saying that Morocco blocks the referendum that the UN itself dropped from its agenda in the Sahara. Since early 2000, the referendum has been dropped in UN security council resolutions and replaced with asking the parties- including Algeria- to seek a realistic and win-win solution while recognizing the primacy of Morocco’s autonomy plan.

Teboune’s lies are as gross as his inflated ego. He said Algeria was the first to launch a vaccine campaign in Africa and that the country made it optional because it was less impacted!!! Algeria’s social media is awash with pictures of overcrowded hospitals and the scale of the pandemic is not known in the country due to the media blackout and the lack of tests. Algeria did not make the vaccine optional but rather did not have a strategy to reach herd immunity and has no means to compete for such a rare commodity as Covid-19 vaccines.

Everybody knows the first country to have launched a national vaccination campaign administering jabs so far to 15 million people or more than 30% of its population: Morocco.

Warmongering against Morocco is fooling no one in Algeria. The Algerian people knows that its enemy is the military junta. As it looks to its well-off neighbor, lacking significant oil and gas wealth, the Algerian people holds the President and behind him the army as responsible for the economic and social crisis in the country.

Morocco’s silent approach is further showing that Teboune’s statements are unworthy of reply. He and the army will engage in their monologue as the noose tightens on them from an Algerian people that wants a dignified life and a united Maghreb.