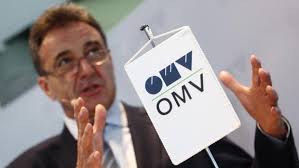 Oil production for OMV, Austrian oil and gas group, has recovered in Libya adequately to reach its 2014 output target of 320,000 to 340,000 barrels of oil per day if it continues at current levels, according to OMV’s chief executive Gerhard Roiss. Libya has proved to be a difficult place for business especially for companies operating in its oil sector.
Before the 2011 civil war, Libya made up 10 % of OMV’s total production. Since the beginning of the year production had been between 50 and 75 % of pre-war levels, which is enough to create room for flexibility. To reduce risk of loss in Libya and other politically unstable countries like Yemen and Iraq, the company has made major investments in other regions that are believed to be more predictable. Such investments have been in North Sea oil fields from Norway’s Statoil, recorded as the biggest investment in the company’s history with $2.65 billion acquisition of stakes. Other investments have been made in new fields in the Black Sea.
In an effort to keep up in a difficult European market struggling to compete with heavily subsidized renewable energy sources and cheap coal, OMV is cutting down on downstream activities such as filling stations and refineries. The company’s refining margin which has brought in a lot of profit for the company, Q1 and Q4 including, is yet to show signs of recovery from last year’s blow.
The violence in Libya and the siege on oil ports have had a major impact on oil production and exportation. Most of the companies are also struggling to cope with the frequent strikes of workers and the lack of security in the country.