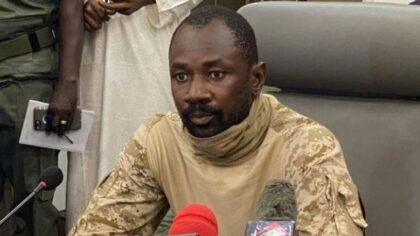 The Malian Constitutional Court validated the coup leader Assimi Goita, the protagonist of last Monday’s coup, as the new president of the Republic, replacing the ousted president, Bah Ndaw.

The Court seeks thus to give a semblance of legality to Monday’s coup in Bamako, staged by the same coup leaders who deposed the then president Ibrahim Boubacar Keita (IBK) in August 2020.

In its efforts to legalize the new authorities, the Court is relying on the resignation presented by Bah Ndaw on Monday, in unclear circumstances, given that he was detained in a military compound throughout the day and was only released on Thursday.

According to the Court, the resignation created a power vacuum that needed to be filled immediately, and according to the laws of the Transitional Charter in force in Mali during this transitional period, the person authorized to replace a president is, first and foremost, his vice-president, in this case Colonel Assimi Goita.

It remains to be seen how the new president and the procedure for his appointment will be received by the Malian people, but above all by the Community of West African States (ECOWAS), which is convening an extraordinary summit this Sunday with the participation of Assimi Goita.

The summit is to take a consequential decision on the recent happenings in Mali to bring normalcy and stability to the West African nation.

ECOWAS has expressed its adamant determination since last August to impose a transitional period on Mali in order to hand over power to civilians.