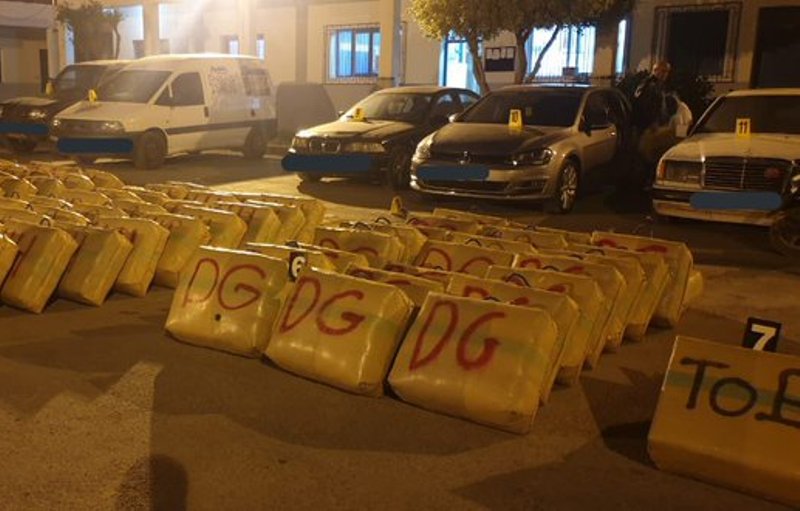 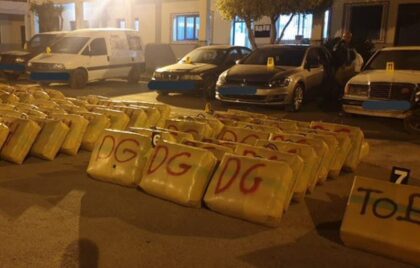 Moroccan authorities have foiled a smuggling attempt of 7.6 tons of cannabis in two separate drug busting operations carried out in the regions of Nador and Casablanca.

On Wednesday, the security agents raided a home in “Inaala” village near Nador (Northeast Morocco) where they seized 150 bales containing a total of 5.3 tons of cannabis. They also arrested five people and seized 13 vehicles & two motorcycles including one quad bike.

The same day, the Casablanca Police intercepted at a highway toll a truck coming from the Northern region carrying over 2.3 tons of cannabis. The driver and his son were arrested and the truck was seized. The drug haul was concealed inside 4357 pieces of wood.

A probe has been launched to determine the links between these major drug’s smuggling attempts with international trafficking networks and bring to justice all those responsible for this criminal activity.