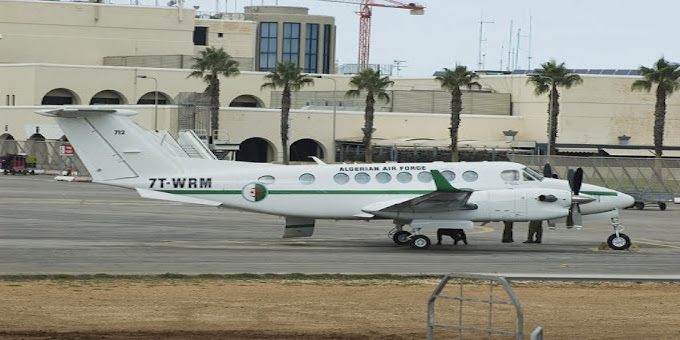 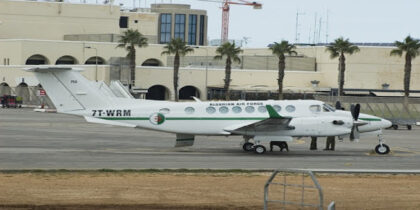 An Algerian military aircraft made on Monday a suspicious trip to Spain amid heightened tensions with neighboring Morocco for hosting polisario chief with an Algerian passport bearing a false name to avoid criminal prosecution.

According to flight radar database, a Hawker Beechcraft B350 (7T-WRP) of the Algerian army landed at Torrejón de Ardoz air base at about midday and took off one hour later heading back to Algiers.

The trip has been reported by several Spanish media outlets. Online news website Vozpópuli said the Algerian plane was carrying an Algerian military delegation for talks with Spanish peers.

The Spanish government said it was unaware of the trip and its goals. But El Español daily confirmed the arrival of the Algerian top military brass for meetings with senior Spanish military officials.

The Sahrawi Association for the Defense of Human Rights (ASADEH) has urged the Spanish judicial authorities to seize the passport of head of the Polisario militia Brahim Ghali after one of his close lieutenants has said that he will flee Spain after recovering from Covid-19 without appearing before a magistrate over the criminal charges filed against him.

Morocco has warned that if Ghali leaves Spain with impunity, the diplomatic row will deteriorate even further, citing the possibility of cutting off relations with Madrid.

Moroccan authorities have called on Madrid to open an investigation into the circumstances of smuggling in a criminal wanted by justice from Algiers to Spain.

Foreign Minister Arancha Gonzalez Laya said the Polisario chief has been allowed in for medical treatment under humanitarian grounds. Rabat rejected the selective use of “humanitarian grounds” in the case of Ghali, while thousands of people suffer inhumane conditions in the Tindouf camps”.

Furthermore, the “humanitarian justification cannot be used as a pretext for hatching a plot behind the back of a partner and a neighbor”, had said the Moroccan Foreign Ministry.