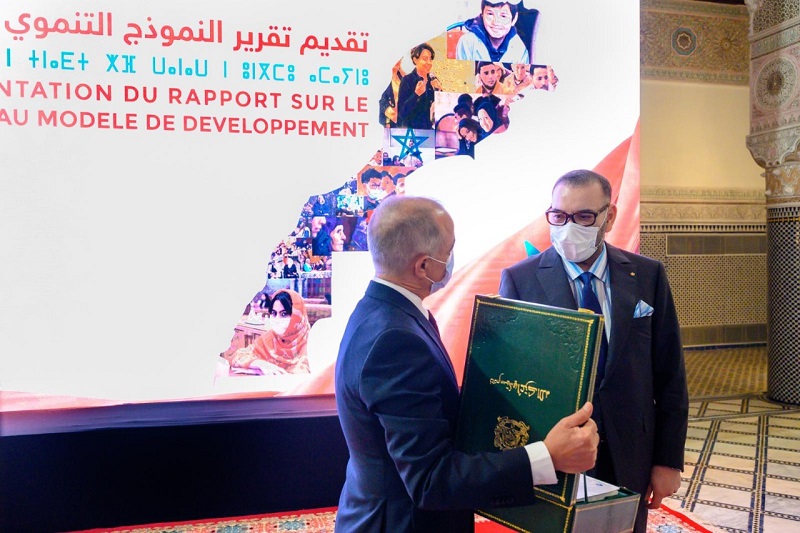 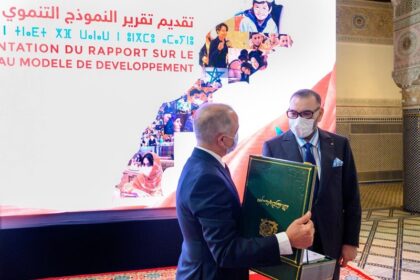 The special committee to elaborate a new development model presented its proposals in a detailed report to King Mohammed VI who stressed over the past few years the need to add fresh impetus to Morocco’s development efforts in order to meet the legitimate aspirations of the people to a prosperous state and efficient civil service.

The report presented by the head of the committee Chakib Benmoussa is intended to be implemented as a pact bringing together political parties, institutions, the civil society and citizens in order to meet the strategic development goals of the nation.

The report identified the goal of doubling Morocco’s GDP per capita by 2035, meeting World Health Organization standards in terms of health services, improving performance of pupils and students, and promoting women inclusion as well as reducing unemployment.

The 152-page document starts by offering a diagnostic identifying the causes of dysfunctions of the current model as well as improvement areas.

In this respect, four dimensions have been identified as impeding the implementation of reforms, first of all the lack of coherence between development plans and public policies and within different policies themselves.

The committee also noted the delays in implementing structural economic reforms often impeded by high costs and a lack of openness towards new innovative and competitive players.

Then comes the limited capacities of the public sector and the underperformance of the civil service and the feeling of judicial insecurity which limits initiative in light of the discrepancies between some laws and reality.

The report advocates good governance through promoting complementarity between the state and society. This principle of balance is intended to encourage private initiative and the creation of wealth.

But good governance hinges largely on an efficient judiciary, clear laws and transparent regulations that put everybody on a level playing field, the committee said in its report, stressing the need to ensure accountability of all players through a regular assessment of their actions according to ethical and moral values.

The report also identified five levers of development namely the economy, agriculture, tourism in addition to education and health.

The transformation of the economy requires free private and entrepreneurial initiative, improving competitiveness of the industrial sector and gearing private investments to future production areas as well as promoting the social economy.

In terms of agriculture, the report pointed out to the impact of Covid-19 and stressed the need to secure its food sovereignty as well as to strengthen a sustainable modern agriculture with high added value.

As for tourism, the committee urged a new momentum to build on Morocco’s assets including through encouraging domestic tourism and attract more foreign tourists.

Concerning health and education, the basis for improving human capital, the committee called for strengthening these two services across the Kingdom’s territory and ensuring equal access. It said both the state and the private sector should join efforts in improving service quality in terms of student achievements and through the generalization of health coverage.

The implementation of the new model requires an active involvement of all stakeholders around a National Pact for Development.

The proposals are also meant to be carried out through a follow-up mechanism that is tasked primarily with explaining the findings to a larger audience and to ensure coherence of reforms put in place in line with the report findings.