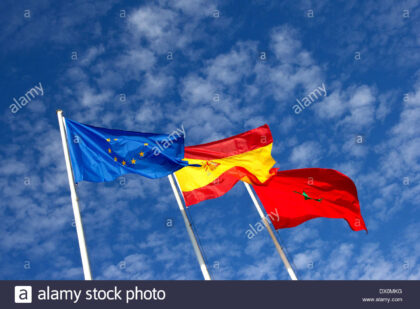 Spanish officials and media have pressured the EU to intervene following the influx of migrants on the occupied enclave of Ceuta in northern Morocco. It also desperately tries to cover up its strategic mistake of hosting under a false identity a Polisario leader wanted by Justice for war crimes.

Spanish Prime minister Pedro Sanchez tried to mislead the debate about the root causes of the crisis by telling MPs that Ceuta and Melilla’s borders are those of the EU. While other Spanish officials indulged in calling the influx of migrants a “blackmail” and an “aggression”.

Europe “will not be intimidated by anyone” on the issue of migration, EU commissioner for the European Way of Life, Margaritis Schinas said, adding that “Ceuta is Europe, this border is a European border and what is happening there is not Madrid’s problem, it is the problem of all.”

As Spanish and EU officials dwell on the migrants’ crossings speaking of Morocco as a border guard rather than a key partner, a resounding response came from Rabat putting the debate back on track to the fact that Spain acted in connivance with the enemies of Morocco in total disregard for bilateral partnership with Rabat.

First, Moroccan foreign minister Nasser Bourita said clearly that the crisis is not with the EU but rather with Spain which admitted a Polisario leader – who has waged war on Morocco- using false documents and an usurped identity without telling Rabat.

Spain has added insult to injury by saying that Ghali was hosted on humanitarian grounds.

He also sent a clear message to the EU saying that Morocco has no duty to protect EU border but has cooperated out of a spirit of partnership and shared responsibility.

The EU is not even paying close to 20% of costs relating to countering illegal migration, he said, adding that 20,000 members of Moroccan security forces are deployed in Morocco’s counter irregular migration efforts.

This is a migration crisis born out of a political crisis, said Bourita, who blamed Spain for ignoring Morocco’s supreme interests.

“Spain did not consult with the EU before taking decisions that undermine Morocco’s interests or before violating Schengen regulations in admitting shamelessly a man wanted by the Spanish justice,” Bourita told Europe 1.

He waved that Morocco may go as far as severing relations if Spain insists on ignoring Morocco’s complaints regarding the fraudulent entry of Polisario’s Ghali to Spain. Earlier, Moroccan ambassador to Spain said she will not return to Madrid as long as the crisis persists and said if Ghali leaves Spain without a trial, the crisis will further aggravate.

Spain has created for Morocco a crisis with the EU and it has to find a solution, said Bourita.

Beyond these debates, the current crisis over Spain’s maneuvering in connivance with Polisario separatists and Algeria behind Morocco’s back have triggered a debate about the fate of Ceuta and Melilla, two cities within Africa that Spanish and some EU leaders want to attach to the European continent against geographical, human and historical evidence that make them two relics of colonialism.