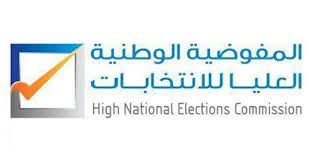 Libya: Uncertainty about the upcoming elections in December 2021

Disagreements are growing as the fateful December 24 date for general elections in Libya approaches. The political agreement reached last fall by the UN-sponsored National Forum provides for the holding of elections in order to advance the peace and stabilization process in the country.

The Libyan political process is entering a difficult phase. The December 2021 elections seem increasingly compromised. A Berlin II conference will be held on June 23 to put the Libyan file back on track. It will be preceded by two important meetings scheduled in Tunis and Morocco next week.

In Tunis, it will be necessary to agree on a final constitutional text that will then be put to the vote of the two chambers of Parliament.

The meeting in Morocco will be devoted to the issue of the sovereign institutions that are supposed to be reunified. Differences widen over the appointment of the heads of these institutions.

Imad al-Sayeh, the head of the High Electoral Commission, warned that a change in its leadership during this sensitive period leading up to the elections could affect the overall organization of the polls.

Other difficulties hampering the work of the commission include the release of funds. Indeed, the Parliament has still not voted the Dbeibah budget considered the highest in the history of the country, nearly 94 billion dinars, the equivalent of 180 million euros.