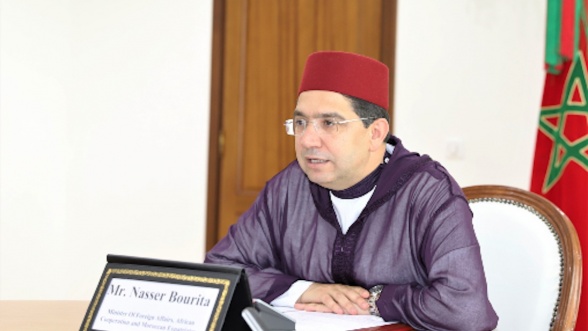 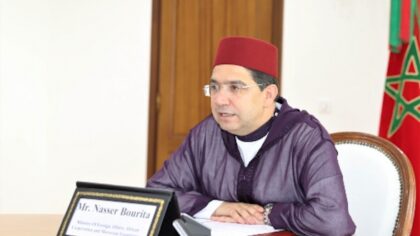 Spain has tried over the past days to divert the attention of public opinion and has engaged in maneuvers aimed at concealing the true origin of the crisis between Morocco and Spain, which lies in the fact that Madrid opted for scheming with Morocco’s enemies regarding a fundamental issue for the Kingdom and for Moroccans.

The remarks were made by Foreign Minister Nasser Bourita in a statement to MAP, in response to Spain’s refusal to recognize the seriousness of its decision to host Polisario leader Brahim Ghali, who is facing several criminal charges.

The Spanish maneuvers seek to turn those responsible for this crisis into victims, the minister said, recalling that if there is a crisis between Morocco and Spain, it is because Madrid has decided, in a sovereign way, to maneuver with Morocco’s enemies and to welcome on its territory someone who “makes war on a daily basis to Morocco”.

Spain has acted in this regard in a way that raises a lot of questions towards a respectable neighboring state, he said, adding that the beginning of the crisis goes back to April 17 and that since then Spain and its justice have preferred to look elsewhere regarding the presence on Spanish territory of someone accused of war crimes, crimes against humanity, rapes and serious human rights violations. Spain went as far as letting in a criminal under a false identity and with a fabricated passport.

The Foreign Minister made it clear that all the Spanish maneuvers to divert attention from the real origins of this crisis “do not fool anyone, in any case do not fool and do not impress Morocco.”

Bourita stressed, in this regard, that the Spanish authorities “must first be transparent with their own public opinion and with their active forces.” It is not through media reports, insults and media offensive that this reality will be obscured, he said.

“Morocco will continue to require clarifications and will continue to consider that this is the root of the crisis,” he insisted, noting that the logic of humanitarianism no longer fools anyone.

The humanitarianism has never dictated that we go through shenanigans. Humanitarianism is not done in secret, said Bourita, who called on Spain to recognize and assume its serious and worrying attitudes, and who renewed Morocco’s rejection to Madrid’s “duality of rhetoric and positions.”

“Morocco does not blackmail, Morocco is clear about its positions, its actions and its attitude”, Bourita pointed out.

The minister condemned the “unprecedented media hostility” launched in Spain against Morocco. “We are witnessing an instrumentalization and mobilization of all the media with shocking and unacceptable terms sometimes coming from senior officials,” he noted. The terms used in this campaign, such as “blackmail”, “aggression” or even “underdeveloped country”, show that “some circles in Spain must update their knowledge about Morocco”, he noted.

“The Morocco of today is not the Morocco of yesterday. Morocco has no complex,” said the minister, adding that the media aggressiveness over the past days shows that it is in Spain that there is a complex with regard to Morocco.

Morocco, proud of its achievements, is an emerging country and Spain knows it. It is “these reflexes of the past which are revealed today and which show this discrepancy between Morocco in the Spanish imagination and the real Morocco.”

Some people in Spain, he said, find it hard to admit that Morocco has preserved its stability and ensured its economic progress and social development through the reforms carried out under the leadership of its King.

“It is time to clarify all this and for Spain to define what it seeks from this partnership.”

North Africa Post's news desk is composed of journalists and editors, who are constantly working to provide new and accurate stories to NAP readers.
NEWER POSTLibya: Uncertainty about the upcoming elections in December 2021
OLDER POSTBrahim Ghali’s fabricated Algerian passport, the picture of the day