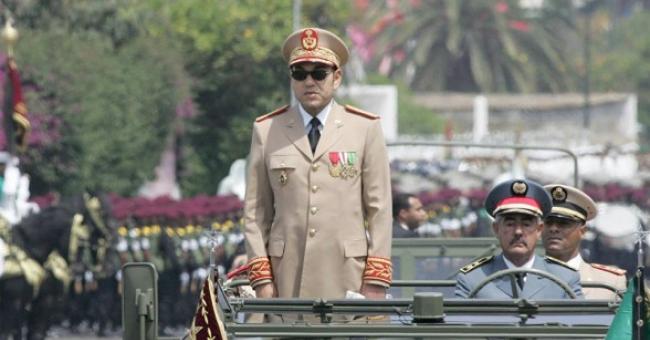 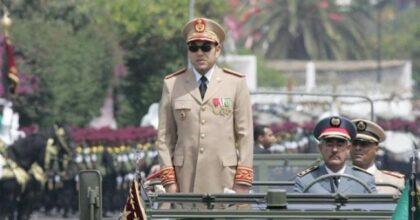 King Mohammed VI, Supreme Commander and Chief of General Staff of the Royal Armed Forces, has hailed the responsiveness of the Moroccan Armed Forces to secure the Guerguarate border crossing between Morocco and Mauritania last November, when the polisario mercenaries tried to hinder the movement of persons and goods in this area.

“In our capacity as Supreme Commander and Chief of General Staff of the Royal Armed Forces, we hail in particular the responsiveness of our Armed Forces in accordance with our high instructions to secure the border crossing of Guergarate, in accordance with a well-defined plan, to foil the manoeuvres of the mercenaries,” outlined the Sovereign in an Order of the Day to the Royal Armed Forces (FAR) On the occasion of the 65th anniversary of their creation.

The Order of the Day was read out at a ceremony organized, on Friday, at the headquarters of FAR General Staff in Rabat, under the chairmanship of Colonel magistrate Anass Britel.

“You have succeeded, through your high professionalism in the areas of planning, command and operational execution, in foiling the vile manoeuvres of the enemies of our territorial integrity. You have shown the whole world the merits and legitimacy of this qualitative operation which has ensured the safe movement of the flow of goods and people between Morocco and its African extension,” the King said in the Order of the Day addressed to officers, non-commissioned officers and privates.

The Monarch who praised the perseverance of the FAR members, both in the defense of the immutable values of Morocco and its territorial integrity, as in the participation of Moroccan contingents in peacekeeping operations, also paid tribute, in this delicate juncture, marked by the persistence of the Covid-19 pandemic internationally, “to the medical staff and the Social Services staff of the Royal Armed Forces who are at the forefront alongside their counterparts in national hospitals, members of the Civil Defense and the Public Forces, who are mobilized, pursuant to our high instructions, to provide medical services as well as during the national vaccination operation.”

King Mohammed VI also hailed the members of the FAR, who despite the urgent and difficult circumstances of the pandemic and the restrictions and constraints it imposed, were able to continue their multiple missions “with the same enthusiasm and the same spirit of perseverance, while implementing plans with a security dimension, focused on a more effective fight against cross-border crime,” without forgetting their permanent vigilance to face climate change through the proactive positioning of multidisciplinary medical and logistics teams to intervene quickly in case of emergency in order, he said, “to aid, ensure the opening up, and provide the necessary humanitarian and medical assistance.”

The Sovereign who pointed out that the celebration of the anniversary of the FAR creation provides an annual opportunity to assess, draw lessons and set objectives and priorities, in order to develop and implement future plans and programs, renewed commitment to continue efforts to build the capacities of the Royal Armed Forces and grant them the means and equipment they need, while ensuring the training and mobilization of their members to enable them to keep up with changes and meet the challenges… and enable them “to accomplish their missions in the best conditions, within the framework of the objectives that We have outlined on the medium and long term, so that our Armed Forces remain the vigilant eye of the security of the Nation and the shield which protects its territorial integrity, its sacred values and its achievements.”

Likewise, the Sovereign reiterated the same determination and the same will to strengthen the capacities and human qualifications of the FAR members and to broaden their horizons at the domestic and international levels, and this, he said, “through the mechanisms of bilateral and multilateral military cooperation between Our Royal Armed Forces and the various friendly Armies, with a view to sharing experiences in the service of the values of international solidarity and peace, to give concrete substance to your honorable capital as an effective and credible partner in peace keeping worldwide, recognized in particular by the United Nations.”

King Mohammed VI also hinted to the rapid changes that security and defense science and technology are experiencing today, urging the FAR to encourage young military competences to support them, and make use of them in exclusive national research programs enabling the design of innovative solutions in the fields of digital transformation and information and communication technologies, command and control, in order to increase the degree of preparation of the Moroccan Army and to support its fighting capacities on the ground.