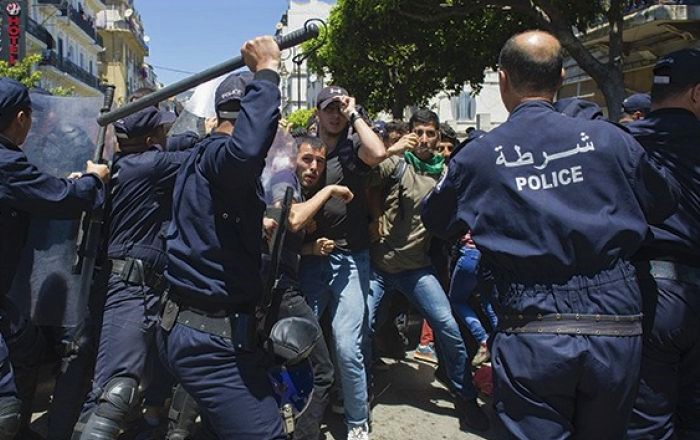 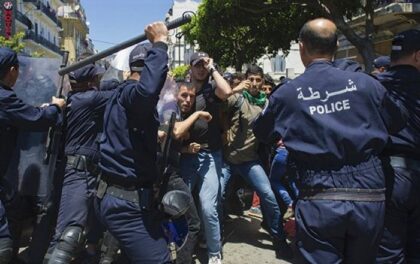 The Office of the United Nations High Commissioner for Human Rights (OHCHR) reiterated on Tuesday its deep concern over the deterioration of the human rights situation in Algeria and the continued crackdown on the Hirak, denouncing “the use of violence to disperse peaceful demonstrations” and “the arbitrary arrests and detention of people who have exercised their rights to freedom of opinion, expression and peaceful assembly”, and urging “the Algerian authorities to stop using violence to disperse peaceful demonstrations and to halt arbitrary arrests”.

“We are increasingly concerned about the situation in Algeria where the rights to freedom of opinion and expression, peaceful assembly and participation in public affairs continue to be under attack,” said the Spokesperson for the UN High Commissioner for Human Rights, Rupert Colville, during a press briefing in Geneva Tuesday.

“Since the resumption of demonstrations in the streets of Algeria on 13 February 2021 – after a year of protests held online by the Hirak movement due to the COVID-19 pandemic – we have received sustained reports of unnecessary and disproportionate force against peaceful protesters, as well as continuing arrests,” he said.

The spokesman who denounced the arbitrary arrest of hundreds of protesters, or anyone alleged by security forces to be a demonstrator, indicated that currently, around 70 people are still reportedly detained for exercising their legitimate human rights. Some of them are serving lengthy sentences while others are in pre-trial detention.

Some protestors were reportedly detained and later released after being forced to sign a document promising to cease participating in protests, he said underlining that new allegations of physical and sexual violence in detention have also been surfacing in recent days.

Over the past two months, activists, human rights defenders, students, journalists, bloggers and ordinary citizens peacefully expressing dissent have continued to face criminal prosecution, he deplored, adding that Hirak activists continue to be prosecuted on the basis of overly broad laws.

The CHR urged the Algerian authorities “to stop using violence to disperse peaceful demonstrations”, “to halt arbitrary arrests and detention of individuals for exercising their rights to freedom of opinion, expression and peaceful assembly,” and to cease all forms of harassment and intimidation against people participating in the Hirak movement.

The Spokesman also reiterated the CHR’s call on the authorities to conduct prompt, impartial and effective investigations into all allegations of human rights violations, to hold accountable those responsible, and to ensure that victims have access to redress.

The CHR likewise urged authorities to review the Penal Code and other repressive legislation, notably Law 12-06 on associations and Law 91-19 on public meetings and demonstrations, to bring them into line with the International Covenant on Civil and Political Rights and the African Charter on Human and Peoples’ Rights, both of which have been ratified by Algeria.