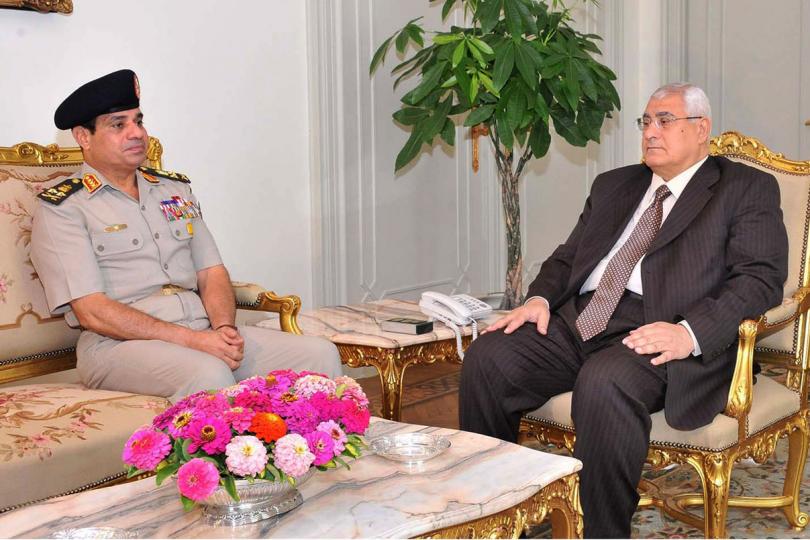 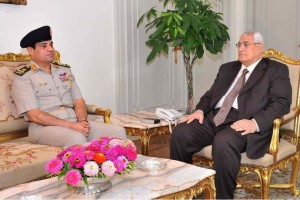 Egypt’s interim government has announced that the presidential vote will be held earlier, before parliamentary poll, than as originally foretold by the militia-backed authorities. This decision is allegedly designed to encourage further speculations over whether army chief General Abdel Fattah al-Sisi will stand for presidency. The general is being supported by many groups after he helped topple Islamist President Mohammed Morsi in July last year.
Egypt’s interim President Adly Mansour announced the decision to de facto postpone parliamentary vote saying the cabinet had made up its mind after discussions with “national forces and representatives of various orientations and trends”. Muslim Brotherhood as well as secular opponents of the interim government, launched several demonstrations over the weekend to commemorate the third anniversary of the Arab Spring uprising that ditched Hosni Mubarak in 2011. Egyptian police have clashed with protesters with as many as 49 killed within 24 hours.
Whilst the situation in the country is still violent and unstable, many Egyptians are convinced that General Sisi is the man that the country needs. On the other hand, the rest of Egyptians are worried that if he really stands in the election and happens to win, which is quite likely, it will strengthen his position providing him with complete control over the new roadmap towards democracy.
In order to link the current situation in the country to uprisings three years ago, the Anti-Coup Alliance of the Muslim Brotherhood has announced 18 days of demonstrations starting last Saturday (January 25) to commemorate the 18 days that led to ex-President Mubarak resigning. The Brotherhood has regularly organized demonstrations since Mr Morsi was toppled. Since then, hundreds of its proponents have been already killed and tens of hundreds more detained. As a result, the Brotherhood has been pronounced a terrorist organization and accused of being the prime mover of violent demonstrations which the organization denies.