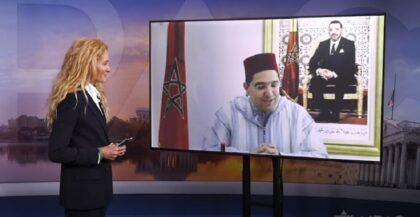 Bourita made the remarks in a video statement to the American Israel Public Affairs Committee (AIPAC), a powerful lobby group in Washington.

Bourita highlighted the central place of the Hebraic constituent in the Moroccan identity and constitution, the only of its kind to recognize the Jewish element.

He recalled the protection of Moroccan monarchs of Jews whether those who fled the Spanish inquisition or those who were persecuted by the Nazis.

Under the reign of Mohammed VI, Morocco has safeguarded Jewish heritage and ordered the inclusion of the Jewish dimension in Morocco’s educational curricula.

He said the December deal to resume ties never meant that Morocco and Israel never had contacts before, recalling that the two countries have been in contact and formalized their relations following the Oslo peace deal in 1994.

“Today, we agreed to create direct links between our two countries and set up 8 working groups to beef up our cooperation in the fields of agriculture, tourism, water, security…,” Bourita said.

Likewise, cooperation with the Biden Administration has been stepped up, he said, citing security and military cooperation in particular.

Bourita also warned of the looming Iranian threat in the region, saying that Tehran supported the Algeria-sponsored separatists.

“This country (Iran) has not only armed the Polisario but it also offered military training to these militias in order to perpetrate attacks on Morocco’s territorial integrity,” he said.

Besides its armed support to the Polisario separatist, Iran’s activism has been on the surge in West Africa where it sows the seeds of instability.

Bourita concluded by voicing hope that the resumption of ties with Israel should serve the cause of peace in the Middle East and stressed the rights of the Palestinians to exist on equal footing with the right to existence of the Israeli state.

“The regional dynamic is very important. Regional stability is very important to promote peace between Israel and Palestine. Morocco has played a pioneering role in the peace process in the Middle East and it is today also ready to contribute to it”.