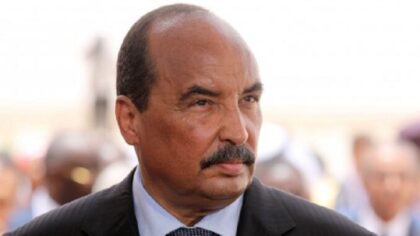 On April 15, in an interview with Jeune Afrique, former President Ould Abdel Aziz accused Parliament of having received a bribe of 300 million ouguiyas from the government, the equivalent of nearly 700,000 euros, to vote for the creation of a parliamentary commission of inquiry into his management of the country, between 2008 and 2019.

Set up in January of last year, the commission produced a report that accuses the former president. In order to respond to his accusations, the lawyers of the parliamentarians held a press conference on Thursday evening in the presence of the MPs, who described the former head of state’s remarks against the parliament as “inadmissible”.

“We parliamentarians, representatives of the Mauritanian people, are deeply outraged by the remarks made by the man who presided over the destiny of Mauritania for a decade,” said Mohamed Lemine Amar, one of the parliamentarians who filed the complaint against the former Mauritanian president. These are hurtful statements. Serious statements without any proof that harm our honor and our dignity. False allegations by which their author aims, beyond the men, to tarnish the image of the Parliament. We are determined to clear our honor.”

This is the challenge that the lawyers intend to take up in court. “The magnitude of the damage suffered by all members of the National Assembly has prompted the latter to seize justice so that they are cleared and justly rehabilitated, knowing that these statements violate the penal code, the law on freedom of the press and the law on the fight against manipulation of information,” said Maitre Diagana Ibrahim, a member of the defense collective of the civil party.

According to one of his lawyers, Mohamed Ould Abdelaziz is not at all impressed by the MPs’ complaint. He reiterated his words on Thursday night before the police during his first summons in this case.