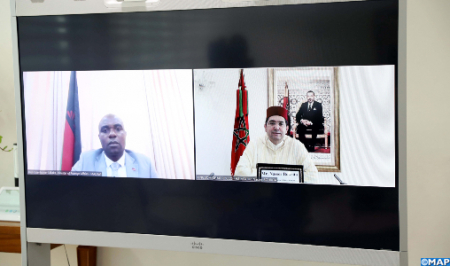 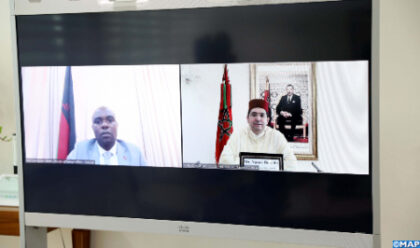 Malawi has reiterated Wednesday its unwavering and continued support for Morocco’s territorial integrity and commended the Kingdom’s efforts to reach a political solution for this regional dispute.

The remarks were made by Malawian Foreign Minister Eisenhower Nduwa Saxon Mkaka during a video conference meeting with his Moroccan peer Nasser Bourita.

According to a statement by the Foreign Ministry, the Malawian minister praised the credibility and the primacy of the Moroccan Autonomy Plan as the basis to settle this issue, while reiterating his country’s full support to the role played by the United Nations as an exclusive and consensual framework to reach a lasting solution to this regional conflict and to the African Union decision 693 adopted by the 31st Summit in July 2018, formally supporting the United Nations process in this regard.

The two ministers also had an in-depth exchange of views on regional and international issues of common interest and welcomed the convergence of their viewpoints regarding the raised questions. They agreed that the strengthening of the Moroccan-Malawian ties will serve the shared interests of the peoples of the two countries and will contribute to the promotion of regional and continental peace, stability and prosperity.

Addressing peace and security issues, both ministers noted with concern the persistence of many tension hotbeds and terrorist threats, which remains one of the most important sources of instability in the African Continent. They reaffirmed their commitment to work jointly along other relevant parties to advance the resolution of conflicts in Africa through dialogue and in accordance with international law.

During their talks, the two officials highlighted the strong and dynamic relations existing between Morocco and Malawi, and reaffirmed their shared determination to give a new impetus and diversify bilateral cooperation.

They agreed to hold, before the end of the year, a first session of the Joint Commission for Cooperation, as a key mechanism to strengthen the ongoing collaboration between the two countries.

The two officials also underlined the importance of the opening of resident Embassies respectively in Rabat and Lilongwe.

In addition, Mkaka reassured Bourita of the unwavering support of Malawi to the Moroccan candidacy for the post of AU Commissioner for Education, Science, technology and innovation.