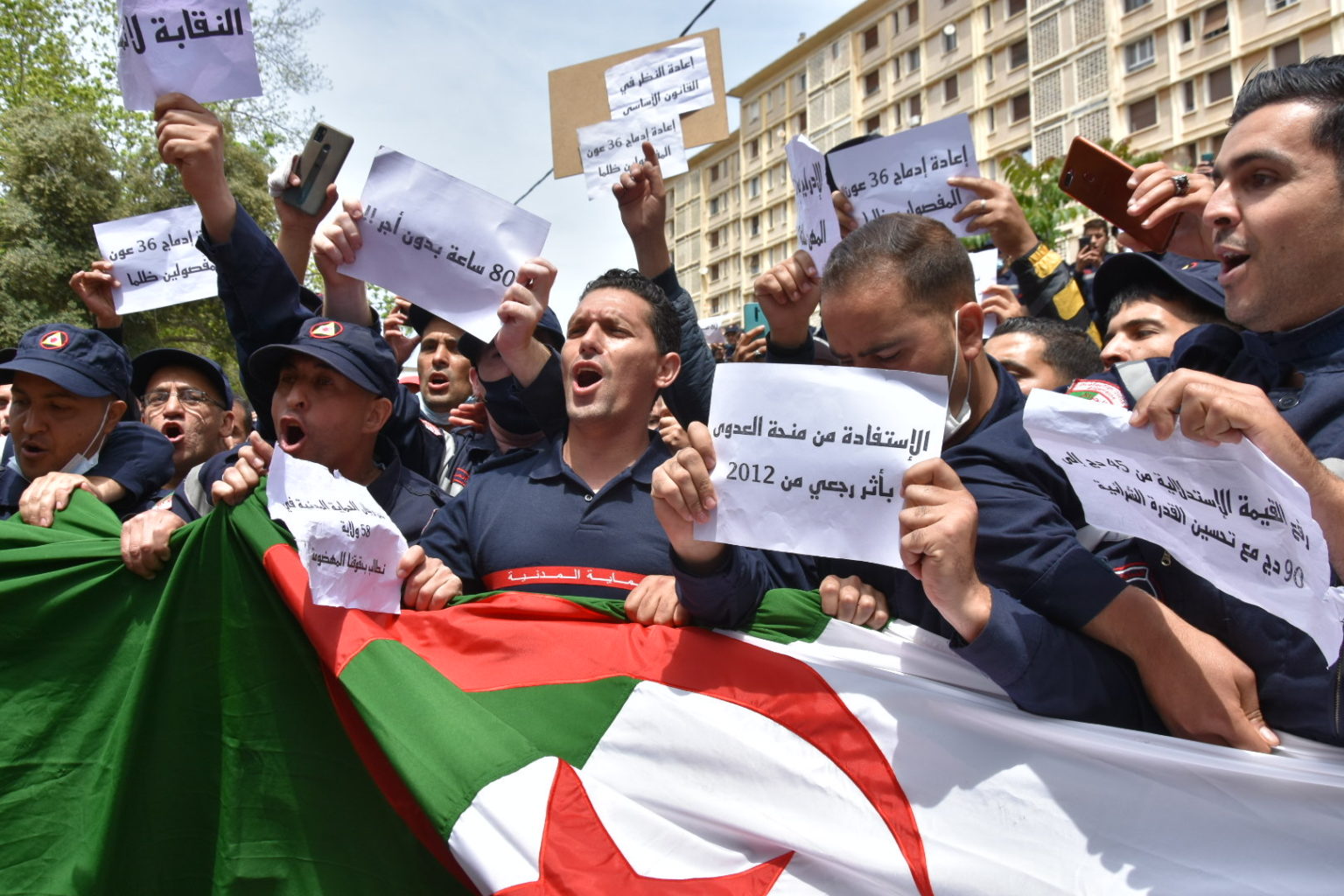 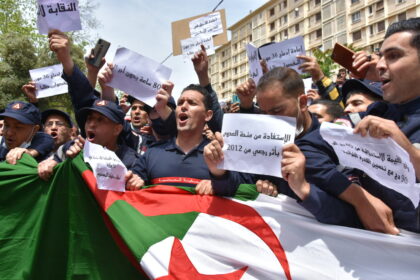 As civilian and peaceful pro-democracy hirak protest gain traction, Algeria’s fire fighters joined the wave of dissent and resentment against an inefficient government that acts as a curtain for a corrupt military regime holding the country with an iron fist.

Hundreds of firefighters in their uniform took to the street to demand better wages and working conditions but were confronted with heavy police deployment and tear gas.

At least 230 firefighters have been arrested and now 70,000 of their colleagues at the civil protection corps are threatening to collectively resign.

Civil protection staff kept pressure as hundreds continue to take to the streets of Tizi Ouzou, Tlemcen and Biskra in a serious development that reflects the growing despair and anger at the government’s failed social policies.

Protests by men in uniform from a paramilitary corps is a warning for the authoritarian regime in Algeria that fears that other corps such as police or soldiers may follow suit.

The army, the kingmaker in Algeria, issued, through its El Djeich mouthpiece, an editorial threatening to deploy against protesters whom the magazine dismissed as traitors.

As money runs out for Algeria to buy social peace, so does time for reform. The surge in protests augurs ill for a country that spends 10 billion dollars on army procurement which account for 50% of its exports.

Spending on improving social conditions or wages amid higher inflation entails cutting the army’s budget and that is a red line for corrupt generals.