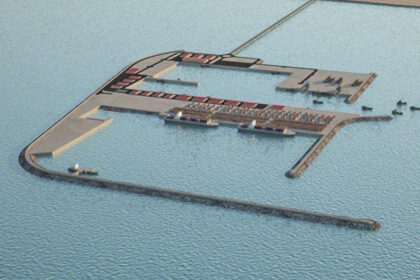 Morocco’s SGTM Somagec was retained as the only candidate for the flagship project of Dakhla port, key to Morocco’s development plan for the Saharan provinces.

Equipment ministry confirmed the news to multiple Moroccan media which reported that the winner will be officially unveiled after assessment of the technical and financial offer.

The Moroccan firm was competing for the project against Greek-Moroccan Archidoron, French Effigae and Egypt’s Arab Contractors.

The port is intended to be built on a surface area of 1650 hectares with an annual handling capacity of 2.2 million tons.

The Moroccan government had announced plans to set up free industrial zones to attract investments that shall benefit from the deep water Dakhla port.

Morocco’s King Mohammed VI has underscored the strategic importance of the port of Dakhla in unlocking the economic potential of the southern provinces and boosting links with Sub-Saharan Africa.

The one-billion-dollar port will serve as a fishing and import-export port and will be located 40 kilometers away from Dakhla.