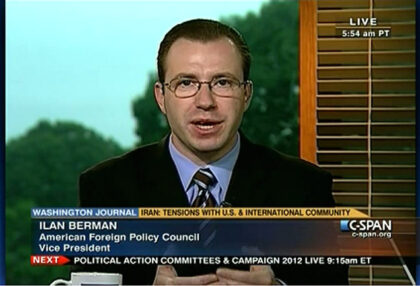 The US should consider Morocco’s warnings regarding Iran’s strategic offensive on the continent, said Ilan Berman, Senior Vice President of the American Foreign Policy Council in Washington.

The alert comes as the US reviews its foreign policy towards Iran and the North African country, which has severed ties with Tehran accusing it of supporting the Algeria-backed separatist movement, the Polisario, Berman told The National Interest magazine, published by The Center for the National Interest.

“There is also credible evidence that Iran is working with radical regional groups. For instance, working through Lebanon’s Hezbollah militia, Iran has supported the leftist Polisario Front since at least 2017,” said Berman, who visited Morocco recently at the invitation of the Foreign Minister.

Polisario delegations are also known to have traveled to Lebanon for training, security experts said.

“Likewise, Iran now has a significant presence in neighboring Mauritania and nearby Tunisia, and is believed to be actively carrying out recruitment in both places,” he said.

Iran has relied on a sympathetic Lebanese diaspora in West Africa to disseminate its influence through cultural centers, while it cooperates with anti-American groups in Latin America to gain a foothold, he said.

Iran’s activism is governed first, according to Moroccan officials, by “strategic opportunism” as Africa gains traction at the global economic and political scene, he said.

Moroccan officials also believe Iran’s intrusion in Africa aims at easing the impact of US sanctions and trying to build alliances for a retribution by targeting US interests in Africa in retaliation for the killing of Iranian commander Qassim Suleimani in January 2020.

Berman said that Morocco is monitoring Iran’s activity in the continent which aims at achieving the end goal of consolidating control over the continent’s Shi’a Muslims and use this cohort as a political lever to shape regional politics, and to create a latent operational capability through which it can retaliate against the United States.

The pundit stressed further that nuclear diplomacy should not distract Washington from other malign activities by Iran in the African continent and elsewhere.

“If the signals coming out of Rabat are any indication, however, that could end up being a costly mistake, as Iran’s radical regime erects an African presence capable of threatening America and its local partners,” he said.