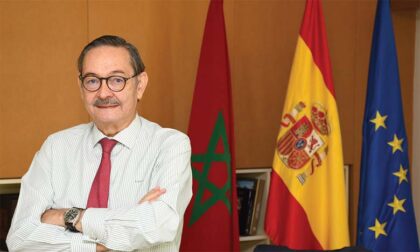 Moroccan Foreign Ministry has expressed its resentment and strong rejection of the Spanish move to hospitalize Polisario leader Ibrahim Ghali in one of its hospitals after he entered Spain with an Algerian passport using a fake name.

Le360 and El Pais both reported, citing diplomatic sources, that the Spanish Ambassador was heard at Rabat’s Foreign Ministry where a senior diplomate made sure to express to the Spanish Ambassador Morocco’s disapproval of the “disloyal” move that could jeopardize bilateral partnership between the two countries.

The audience was an occasion to stress the vitality of the Sahara as an integral part of the Moroccan territory, le360 reported.

“By admitting the separatist leader on the sly, Spanish authorities acted as if Morocco is not a friend with whom they have a privileged partnership,” a senior diplomat told the Moroccan media.

A day earlier, Spanish Foreign Minister Arancha Gonzalez said that receiving Ghali at a Spanish hospital will not impact relations with Morocco.

However, it should be noted that this incident may further delay the Spanish-Moroccan high level committee which was due to be held on December 17.

Meanwhile, victims of Ghali and the Polisario, including the Canarian Association of Victims of Terrorism (Acavite) and the Sahraoui human rights group (ASADEDH) are urging the Spanish authorities to arrest their torturer who is wanted on charges of war crimes and bring him before justice.

North Africa Post's news desk is composed of journalists and editors, who are constantly working to provide new and accurate stories to NAP readers.
NEWER POSTMorocco warns US of Iran’s ‘strategic opportunism’ in Africa- US pundit
OLDER POSTCalls mount for arrest of Polisario leader hospitalized in Spain