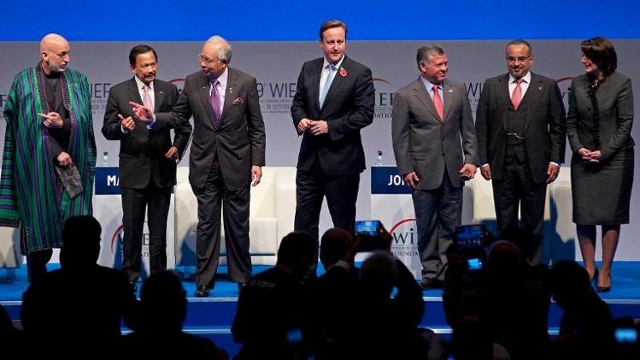 Odd One in the Pack: London, a New Hub for Islamic Finance? 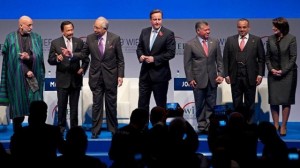 New year 2014 will likely be very significant at least from the viewpoint of the London Stock Exchange, which stakes to become the world centre for Islamic finance. Earlier last year, Britain’s Prime Minister David Cameron announced the plan to issue sukuk – Islamic financial certificates often compared to Western bonds. The first sukuk certificate issued outside the Arab world should be launched in the upcoming days by the British Treasury. Its value is set to £200 million.
The decision of the British government to introduce Islamic finance as the first Western country was publicized at the World Islamic Economic Forum, which took place in London last year. Prime Minister Cameron said that Great Britain certainly wanted to be part of the dynamic development of Islamic finance as it is estimated that sukuk-based financial system grows 50 percent faster than its Western counterpart.
Islamic banking is generally consistent with the principles of sharia and the holy Qu’ran. The followers of sharia-compliant finance are forbidden to invest in banking stocks as well as accept interest over savings. Because it is prohibited to lend out money at interest, its essential principle is risk-sharing. Moreover, every loan should be covered by some form of tangible capital. In practice, therefore, in the case of a mortgage, to name one example, a bank would buy a house and resell it to its client allowing for paying back in instalments. This is in stark contrast with Western-style finance, where a financial institution does not lend money directly to the client, who then buys the house himself. London’s new sukuk bonds as well as the newly developed index of Islamic finance must adhere to such religious principles in order to qualify for being an Islamic financial hub. Nonetheless, given the transnational nature of today’s global financial system, it is obvious that there is only a small percentage of sharia compliance that London can possibly attain.
The announcement of the British government to launch Islamic bonds might sound exotic for sporadic observers, yet it is actually not very surprising given the pro-Islamic steps that had been taken before. The Labour governments of Tony Blair and Gordon Brown introduced several changes to the British financial legislation in order to prepare the ground for the eventual move towards sukuk. The United Kingdom’s Tax and Regulatory Law was amended under Blair and Brown with the aim of attaining financial and economic inclusion of British Muslims. Moreover, already seven years ago, the Sukuk Bond Proposal was considered by the Labour government but political winds were not ready yet to go for such an important policy move.
Yet, the current verdict of the British government to finalize a piecemeal policy change is not believed to be driven by altruistic motives. Although Britain’s Muslim minority counts about 4.6 percent of population, according to the survey of the Pew Research Centre, there is little reason to believe that David Cameron’s decision to implement sukuk is to garner Muslim voters’ support. The true objective seems to be clear – to target foreign direct investment – especially when Europe’s economy is not yet recovered in a full-fledged way. The Islamic Finance could give the British economy a needed boost.
The Sukuk bond may provide the city of London with many new opportunities as well as open new markets. The Islamic market index is expected to attain £1.3tn this year, which can guarantee Britain a secure slice of global Islamic investments from large investors of the Gulf region. London’s starting position in this tough business, in which the city has hardly any experience, might be a tricky one. Although most of the Middle East is still developing and trying to catch up with the Western global economic and financial supremacy, there are some strong players, such as Doha or Dubai, which are slowly but surely heading up on the development ladder. Moreover, Kuala Lumpur, Istanbul, or Cairo would also like to stake for major Islamic financial centres, and their chances are not low. Unlike London, these cities would likely use absorbed investment for re-investment in the region itself, which both the Middle East and North Africa need a lot to stimulate employment and business. As Arwa Abdelbasir Ibrahim from a UK-based NGO aptly explained in her article, “it is not unexpected that the Middle Eastern and wider Muslim world will find Cameron’s plan a forsaking of business opportunities that are rightfully theirs.”