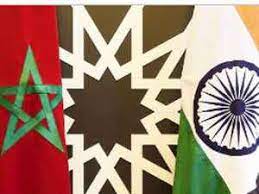 Moroccan authorities have decided to suspend flights to and from India as of this Saturday, April 24.

The announcement was made late Friday by Morocco’s airport authorities, which said that besides the suspension of flights, Morocco will no longer allow citizens of India, traveling directly or via another country, to enter the country.

Although the airport authorities did not give any details on the reasons for the suspension, it is clear that the decision was dictated by the new wave of COVID-19 infections in India which reported Friday another 332,730 new confirmed cases. India had already recorded over 16 million infections and 3 million related deaths, yet a sudden increase in cases has raised the concern of world health experts.

The flight suspensions are part of Morocco’s state of emergency, in force since March 2020. The measure allows authorities to take preventive actions to limit the spread of COVID-19.

Part of these preventive measures, Morocco also decided to maintain the night curfew during Ramadan and increased restrictions after the Health Ministry announced an increase in COVID-19 cases and variants in several regions across the country.

North Africa Post's news desk is composed of journalists and editors, who are constantly working to provide new and accurate stories to NAP readers.
NEWER POSTEmbassy of Israel in Colombia to plant 17,000 trees in tribute to resumption of relations with Morocco
OLDER POSTMSF denounces Algeria’s inhuman treatment & illegal deportation of migrants