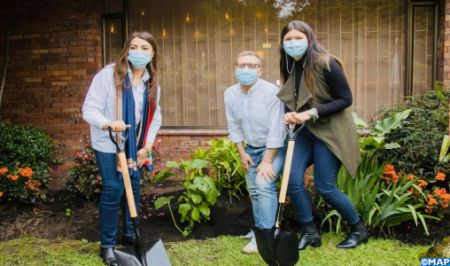 Embassy of Israel in Colombia to plant 17,000 trees in tribute to resumption of relations with Morocco 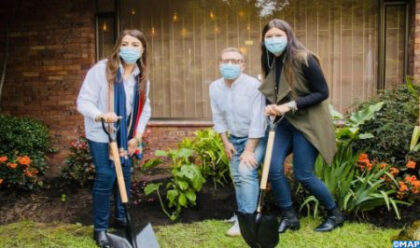 The Israeli Embassy in Colombia presented on Thursday a project to plant 17,000 trees in tribute to the resumption of diplomatic relations with Morocco.

This initiative was announced on the occasion of the celebration of International Earth Day, by the Colombian Ministry of Environment and Sustainable Development and the Israeli Embassy in Colombia.

Thus, in tribute to the resumption of relations between Morocco and Israel, the Israeli embassy presented a project to plant a forest which it dubbed “Forest of Peace and Reconciliation”, where 17,000 trees will be planted.

This forest, which will be planted in San Luis, a municipality in the department of Antioquia (north-west), is part of the national strategy proposed by Colombian President Ivan Duque and led by the Ministry of the Environment and sustainable development, with the aim of planting 180 million trees by 2022 across Colombia.

The tree planting operation will be supported by the Colombian Ministry of Defense, through the Army’s Humanitarian Demining Brigade.

To mark the launch of this ecological initiative, a first tree was planted in the garden of the Moroccan residence in Bogotá by the Ambassador of the Kingdom in Colombia and Ecuador Farida Loudaya and the Ambassador of Israel Christian Cantor, in the presence of Adriana Santa, official in charge of the strategy of planting 180 million trees at the Ministry of Environment and Sustainable Development.

In a speech on this occasion, Cantor affirmed that “it was extraordinary to be able to combine two objectives, each with its merits: on the one hand the initiative of the Colombian president to fight climate change and on the other hand the demonstration of unity and reconciliation (…) to show that the world when brought together can do wonderful things, as Israel and Morocco do in favor of peace”.

“When it comes to climate innovation and sustainability, Israel can serve as both an example and a provider of solutions to global problems,” said the Israeli diplomat.

Farida Loudaya, welcoming this action which aims to protect the environment, a priority issue for Morocco, noted that with this profound symbolic act and its scope, “we are contributing to the strategy launched by President Duque to plant 180 million trees across Colombia”.

The Moroccan diplomat underlined the “strategic, proactive and bold” vision of King Mohammed VI in ecological matters, which has made Morocco a pioneer in the field of solar and wind renewable energy in Africa and a world leader in investing in clean energy to meet the goals of the Paris Climate Agreement.

The Kingdom, which hosted the COP 22 in 2016, has been lauded by the international community for its fruitful actions carried out in the context of the fight against climate change, she said, adding that the initiative of the Israeli embassy draws attention to the many challenges facing southern countries and island states in terms of adapting to climate change.

“It is also a timely opportunity to spread a message of union, peace and reconciliation, to break down all barriers and foster a culture of harmony, brotherhood and coexistence,” said Loudaya.

For her part, Adriana Santa said that “this forest of reconciliation and peace unites us all”, adding that this initiative by the brotherly countries of Israel and Morocco helps restore ecosystems.

“These trees reinforce what we have proposed to the Government, a commitment to plant 180 million trees and to contribute to the reduction of 51% of the country’s greenhouse gas emissions by 2030,” she said.