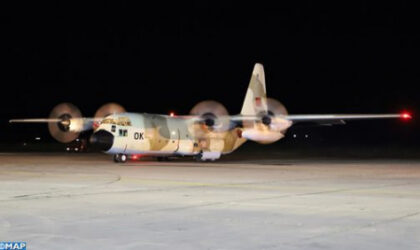 A total of 90 tons of basic food products will be dispatched to Beirut aboard eight military aircrafts.

This personal aid from King Mohammed VI came in response to a Lebanese request and in a gesture of solidarity to help Lebanon address economic challenges and the repercussions of the pandemic, the Royal Armed Forces said in a statement Friday.