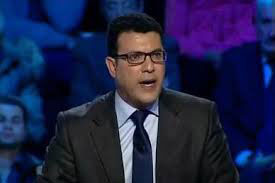 Mongi Rahoui, a Tunisian parliamentarian, Wednesday said authorities informed him he is being targeted by terror groups planning to harm him.

The leader of Democrat Patriots’ Movement, Watad, on a facebook post said security authorities told him that he is the target of serious security threats.

“In view of the recommendations of the security forces to limit my current movements, I apologize to all friends and comrades for not being able to take part in the previously scheduled commitments, especially in the governorate of Jendouba. Thank you all for your understanding and support,” the 56-year old politician added.

The politician from Jendouba was back in March the target of similar threats.

Tunisia has been in a state of emergency since November 2015 following a series of terror attacks claimed by the Islamic state group, ISIS.

The attacks, two in capital Tunis and one in the southern and coastal city of Sousse claimed over 70 lives including foreign tourists.