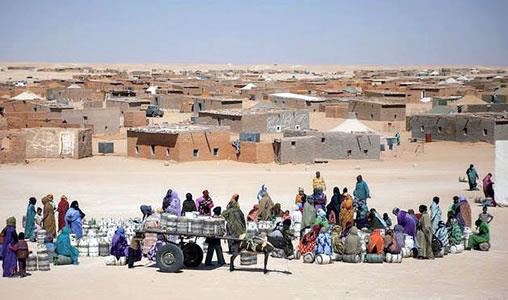 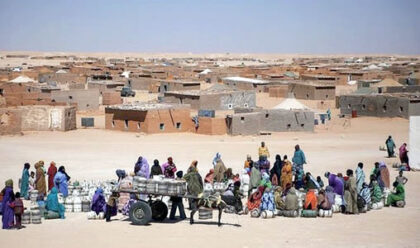 Algeria’s army chief, General Said Changriha, has been extremely disappointed by the absence of international response to the polisario’s call for a UN seat for the self-proclaimed SADR as the General was behind the failed initiative which received no feedback or support.

Such an eloquent silence observed by the international community is a slap in the face of the powerful General who pinned high hopes on this initiative to re-boost the polisario separatist puppet, which is armed, funded and sheltered by the Algerian regime.

By seeking a UN seat for its puppet, Gen. Changriha, Algeria’s De facto ruler, was hoping to fool the international community that the Sahara issue opposes Morocco to the Polisario and that Algiers is not a party to this conflict.

But everybody knows that the Algerian regime is the main stakeholder in the Sahara issue and proves it every day through its non-stop anti-Moroccan diplomatic campaigns and international lobbying to undermine Morocco’s territorial integrity for geopolitical gains.

Through his move, the 76-year old General wanted to show that the Polisario has still some cards to play after suffering a series of diplomatic setbacks. These include the American recognition of Morocco’s full sovereignty over its entire Sahara and the opening of consulates by several Arab, Africa and Caribbean countries in the Saharan cities of Laayoune and Dakhla.

Furthermore, none of the world superpowers or the five permanent members of the UN Security Council paid attention to the hostile maneuvering of Changriha who was thinking that Algeria can deceive again the international community as it did in 1984 when its petrodollar lobbying with Gaddafi’s backing, led to the illegal admission of the self-proclaimed RASD, a phantom entity, in this African organization.

Blinded by hatred for their neighboring Morocco, the Algerian rulers seem to have forgotten that the UN is not an easy battleground like the OAU. They continue to live in the Cold-War era, failing to realize the deep changes brought up by the new world order taking shape wherein the North African Kingdom has become a regional economic & military power and a key global player in the war against terrorism.

North Africa Post's news desk is composed of journalists and editors, who are constantly working to provide new and accurate stories to NAP readers.
NEWER POSTTunisian lawmaker targeted by terrorist groups
OLDER POSTOver half ton of cannabis seized near Laayoune, 8 people, including 3 from Tindouf nabbed