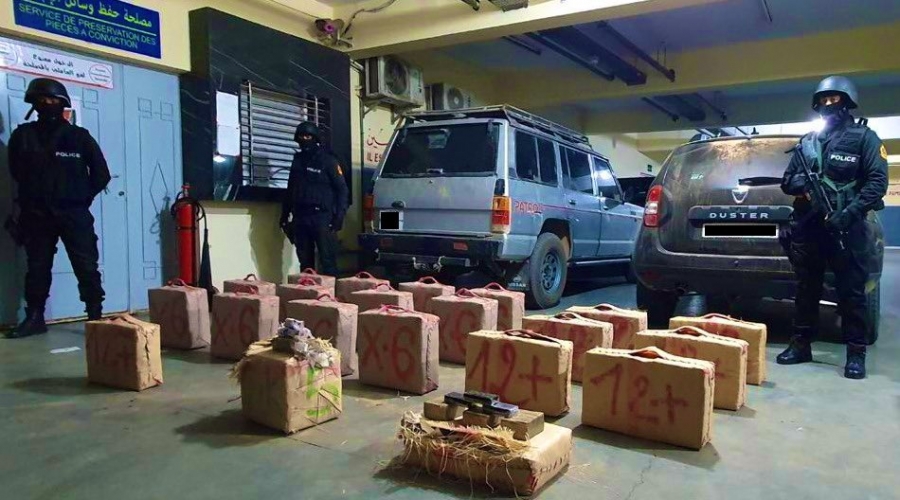 Over half ton of cannabis seized near Laayoune, 8 people, including 3 from Tindouf nabbed 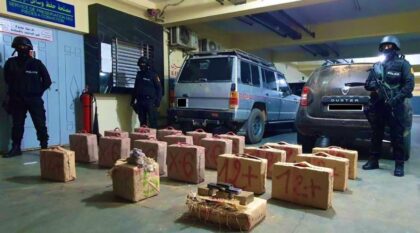 The police of Laayoune, Moroccan Saharan city, have seized lately 529 kg of cannabis and arrested eight people, including a Mauritanian and three men from the polisario-controlled camps in Tindouf, Southern Algeria.

The security agents have unearthed the drug stash which was buried in a desert zone located about 40 km east of Laayoune, says the National police in a press release.

All individuals arrested have ties with a criminal network operating in international drugs trafficking. A satellite cell phone, knives, two SUVs, identity data masking tool and cash were seized during the police raid.

The investigation led to the arrest of a local police officer for his alleged links with this criminal drugs network. The detectives are looking into the connection between this busted drugs operation and the network of dealers operating in the Tindouf camps.

The goal is to identify and bring to justice all those involved in this major narcotics smuggling attempt and cross-border criminal act.