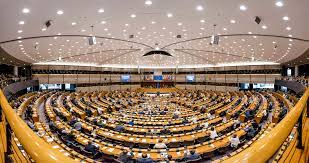 Enlistment of child soldiers by Polisario, Algeria brought up before European Parliament

The phenomenon of the enlistment of child soldiers by the Polisario under the supervision of the Algerian army, which was denounced by international organizations including the UN, was brought up before the European Parliament.

A group of MEPs addressed a question on the issue to the High Representative of the European Union for Foreign Affairs and Security Policy, Josep Borrell, with a request for a written response.

This question comes shortly after the holding in Geneva of the 46th session of the UN Human Rights Council, which was an opportunity for several activists and human rights organizations to denounce the violations committed against children in Tindouf camps in Algeria and their forcible enlistment in Polisario militias.

According to the group of MEPs, the Polisario’s henchmen do not hesitate to recruit children aged 12 and 13 as soldiers and parade them.

Several NGOs and international media have denounced “this despicable practice, which violates the fundamental rights of children”, deplore the MEPs.

European media, they went on, have published articles illustrated with photos and videos showing children in uniform participating in a military parade on Algerian soil.

These photos and videos “bear witness to the growing and worrying scale of this phenomenon in the camps of Tindouf, in Algeria”, underline the MEPs.

Based on this compelling evidence, the European deputies questioned Borrell about the steps that the European External Action Service intends to take to protect the rights of these children in military camps and prevent their future exploitation.

North Africa Post's news desk is composed of journalists and editors, who are constantly working to provide new and accurate stories to NAP readers.
NEWER POSTKing Mohammed VI expresses solidarity with King Abdullah of Jordan, first foreign leader to do so
OLDER POSTSenegal, latest African country to open a consulate in Dakhla