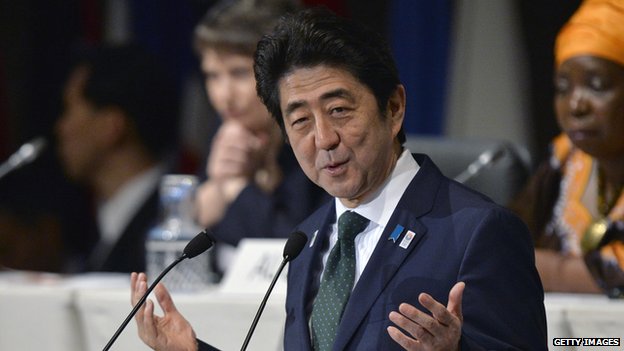 China and Japan Criticize Each Other’s Policies in Africa 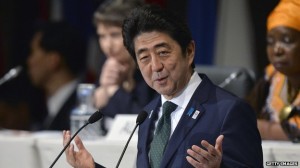 China and Japan are criticizing each other’s policies in Africa as each country pledges more money for the continent. While Tokyo has censured China’s foray into mineral-rich Africa, saying its approach is unhealthy for development on the continent, Beijing accuses Japan of courting African support for its effort to secure a place in the United National Security Council. As Africa is widely seen as pivotal to China’s and Japan’s economic prosperity in the future, the continent is at the centre of a tug of war between both countries who criticize the other’s foreign policies in this region. Both Tokyo and Beijing have repeatedly pledged to increase monetary aid and investment to African countries for more access to mineral resources including oil.
At the time when Japan’s leader Shinzo Abe is touring Ethiopia, Ivory Coast and Mozambique – the first trip there by a Japanese prime minister for eight years – Tokyo has suggested China is buying off African leaders with lavish gifts. Mr Abe is expected to pledge more than $14bn in aid and trade deals during his trip to the three African nations. While openly admitting that Japan is lagging behind China in terms of investment in Africa, Japanese prime minister’s spokesman, Tomohiko Taniguchi, also emphasized that “Japan’s aid policy is to really aid the human capital of Africa.” He said many African leaders believed that through strong links with Japan they could obtain industrial expertise and know-how.
Concurrently, China which has hailed Africa a “golden ground” for foreign investment and has pledged to double its aid to the continent to $20bn a year, insists that its aid and co-operation with Africa are completely selfless. This was, however, disputed by Mr Taniguchi who told the media that “countries like Japan, Britain and France cannot provide African leaders with beautiful houses or beautiful ministerial buildings”. The Chinese often pay for public buildings, including the African Union headquarters in Ethiopia, where Mr Abe delivered a speech earlier this week. Sources close to the Japanese government have recently revealed that Japan has been wary of China’s increasing forays in Africa, accusing Beijing of bribing African leaders with money and material for stakes in their economies.
Conversely, Beijing has been allegedly uneasy that Tokyo has sought to enlist African nations’ backing for its campaign to join the group of countries heading the UN Security Council. China is one of five permanent members of the Security Council with a veto power. It does not come as a surprise that, apart from the Japanese Prime Minister Shinzo Abe, also Chinese foreign ministry officials are due to embark on a tour around East and West Africa later in January – which suggests that the contest for Africa’s attention between both Asian powers is likely to only become more heated in the coming months and years. China and Japan have in recent months been at loggerheads over the control of the high seas straddling the two countries.