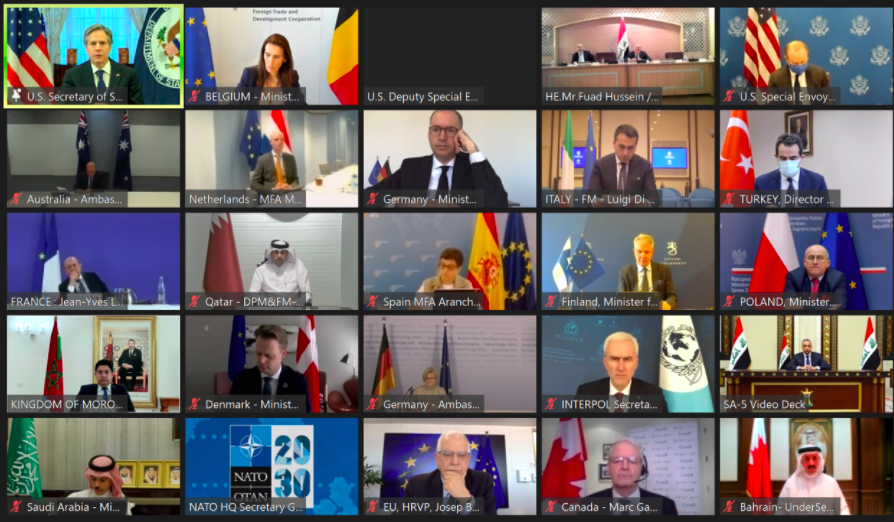 Morocco calls for strengthening capacities of states, sub-regional organizations to face up ISIS in Africa 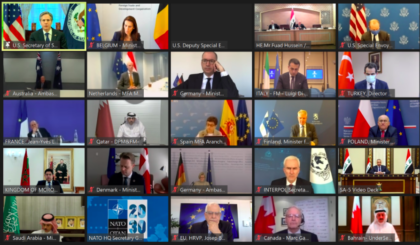 Morocco has stressed the need to strengthen the capacities of states and sub-regional organizations to respond to the new terrorist threats posed by ISIS in Africa, which has become now the target and focus of the terror group.

“The response to the emerging threats of ISIS in Africa must prioritize support to African states and sub-regional organizations in terms of capacity building, and in a bid to ensure more sustainable results in the fight against this terrorist group,” said Moroccan Foreign Minister Nasser Bourita at a virtual meeting of the Foreign Ministers of the Global Coalition to Defeat Daesh/ISIS Small Group.

The participating ministers reaffirmed their shared determination to continue the fight against Daesh/ISIS in Iraq and Syria,.and to create conditions for an enduring defeat of the terrorist group, stressing that appropriate measures to enhance the operational efficiency and coordination of their collective efforts to maintain necessary pressure on ISIS remain essential.

They also noted with concern the serious and growing threat ISIS affiliates pose across West Africa and the Sahel, as well as the emerging threat in other parts of the continent, particularly in East Africa. The Coalition reaffirmed its willingness to further explore how it can contribute to collective efforts to cope with the threat posed by ISIS in these regions, in close coordination with African partners and existing initiatives such as the International Coalition for the Sahel.

In his address, Bourita expressed Morocco’s commitment to capacity-building efforts in Africa as evidenced, he said, by the support shown to the opening in Rabat of the Program Office for Counter-Terrorism and Training in Africa of the United Nations Office of Counter-Terrorism (UNOCT).

Bourita also called for better coordination of international initiatives and efforts to address the situation which is evolving on the ground, and highlighted the great potential of pooling the efforts of the coalition with those of the Coalition for the Sahel in support of the G5-Sahel.

The minister stressed the need to implement the conclusions of the first meeting of the Coalition on the ISIS threats in West Africa, held last November, by providing support to the countries of the region.

While ISIS has lost control over its strongholds in the Middle East, the group still aims to reinvent itself by garnering more support, funds and fighters in other parts of the world, Morocco’s FM warned.

Africa is now the target and focus of ISIS. Since the last meeting of the Coalition, the situation is alarming and continues to deteriorate in the continent where the terrorist threat is spreading and has now reached the southern part of Africa, said Bourita.

ISIS is strengthening its presence in Africa through stronger collaboration with other terrorist groups and criminal networks. More and more groups pledge allegiance to it. They control territories while recruiting among armed separatist groups and vulnerable refugees, Bourita observed.

Attacks are conducted in a more sophisticated manner with the transfer of knowledge and expertise from ISIS to local terrorist groups with the use of new technologies, including drones for reconnaissance operations, the minister stated.

Bourita expressed Morocco’s thanks to Belgium and the United States for this timely meeting, adding that the pandemic situation, which is monopolizing the world’s attention and efforts, “should not distract us from the serious threat that ISIS continues to pose to international peace and security.”

The Ministers reaffirmed their intent to hold the next ministerial meeting of the Global Coalition in Italy as soon as circumstances permit.

Established in September 2014 at the initiative of the United States, Gulf countries, Turkey and Egypt, the Coalition now has 83 partners with Mauritania joining the group in 2020.