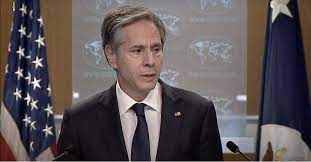 U.S. Secretary of State Antony J. Blinken has called on U.N. Secretary-General Antonio Guterres to expedite the appointment of a new U.N. envoy for the Sahara in replacement of Horst Köhler, who stepped down on May 19, 2019 for “health reasons”.

The call was made during the virtual meeting held Monday by the U.S. top diplomat with the UN Chief to discuss priorities of the Biden administration at the United Nations to address regional and global challenges.

“Secretary Blinken urged the Secretary-General to expedite the appointment of a Personal Envoy” for the Sahara, said the State Department’s Spokesperson Ned Price.

The post of the UN Sahara envoy has remained vacant since the resignation of the former German president who had also served as Director General of the IMF.

In early March, Spokesperson for the UN Secretary General Stéphane Dujarric had explained the delay in naming a new UN envoy for the Sahara by the difficult task of filling such a high-profile position.

“It’s not the easiest job on the UN roster. It’s a critical job”, had stressed Mr. Stéphane Dujarric in his daily briefing. The UN Secretary General “has been trying very hard to fill the position, but as in a lot of these appointments, not all the levers are in his hands, but he is doing his bit”, he added.

According to press reports, ex-Romania’s Prime Minister Petre Roman has been proposed by Guterres as new envoy for the Sahara but the Polisario and Algeria have rebuffed his pick and lashed out at the Romanian diplomat and UN Chief.