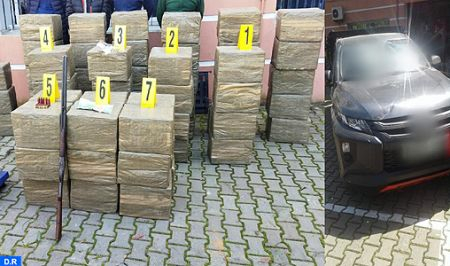 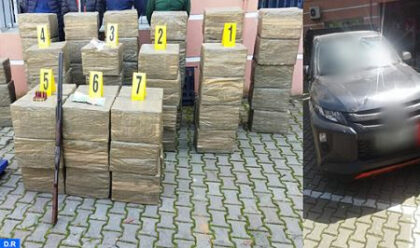 The investigations carried out in the case led to the seizure in the afternoon of the same day of an additional batch of 6.9 tons of chira.

The first 2.1 tons, packaged in 67 bundles, were discovered in a vehicle in the rural area of “Ouled Mlik”, 12 km from the city of Kenitra, while the second batch was discovered inside two metal crates in a container production workshop, in the rural commune of “Haddada”, about 6 km from Kenitra, said the National Police (DGSN) in a statement. The owner of the workshop was arrested.

The database of national security showed that a wanted notice at the national level was issued against the four suspects arrested Thursday morning for their alleged involvement in a case of international drugs and psychotropic substances trafficking.

One of the suspects was in possession of a shotgun and 11 cartridges.