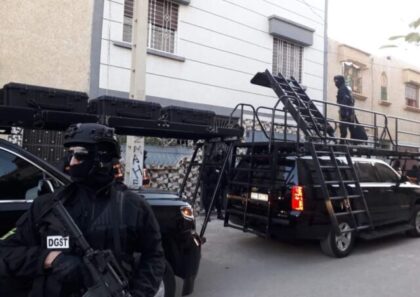 Morocco’s Central Bureau for Judicial Investigations (BCIJ) dismantled, Thursday morning, an ISIS-linked terror cell in the eastern city of Oujda made up of four extremists.

The operation was made possible thanks to collaboration with Morocco’s DGST and US Intelligence services, the BCIJ announces in a statement.

This security operation is part of the ongoing efforts in the fight against terrorism and extremist organizations that seek to undermine the security and the stability of the Kingdom, BCIJ points out.

The collaboration reflects the importance of international collaboration against terrorist threats and emphasizes the “effectiveness” of such security partnerships against radicalism and extremism, the BCIJ says.

The operation, which led to the arrest of four people aged between 24 and 28, was carried out in close coordination between the General Directorate for Territorial Surveillance (DGST) and US intelligence services, “which confirms once again the importance of international cooperation in the fight against terrorism and reflects the efficiency of special partnerships in the fighting against this scourge and violent extremism”, BCIJ underlines.

The arrest of the members of this cell took place in four simultaneous security operations carried out in four neighborhoods of the eastern city of Oujda.

Elements of the special forces of the DGST had to use sound bombs to neutralize the danger posed by the main suspect, while a second suspect was arrested on the rooftop of neighboring houses while he was trying to flee, putting his safety and that of others at risk.

Search operations of the home of the main suspect led to the seizure of a large sum of money in European currency, 4 passports belonging to the members of the cell that he kept in a safe place at his home, knives, and computer equipment that will be submitted to the necessary technical expertise.

Initial investigations have revealed that the members of this terrorist cell had declared their “loyalty” to the alleged emir of “the Islamic State” and had planned to join the camps of this terrorist organization in the Sahel region to carry out combat operations. They were expecting orders from one of the leaders of the Islamic State to carry out terrorist acts against vital structures, security buildings and military basis in Morocco.

According to the BCIJ, the suspects have carried out several exploratory visits to identify the targets and the sensitive structures to be attacked, and were seeking to gain experience in the manufacturing of explosive devices. In addition, they were coordinating with the ISIS leader on means to get the necessary resources and logistical support to fund their subversive projects.

This new proactive operation confirms that terrorist activities still threaten the security of the Kingdom and its citizens and the determination of ISIS-linked extremists to carry out terrorist attacks aimed at undermining the security of people, property and public order, the statement stresses.

The suspects were placed in custody, while investigations are underway  to identify all the people involved in these terrorist activities and shed light on its links and ramifications.