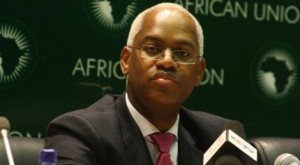 Mauritanian El-Ghassim Wane was appointed by the UN Secretary General, Antonio Guterres as the new UN envoy for Mali. He will replace Chad’s Mahamat Saleh Annadif as head of MINUSMA, the UN largest peacekeeping force of nearly 14,500 troops in Mali.

A lawyer by training, El-Ghassim Wane studied in Senegal and France before rising through the ranks at the African Union, where he held a series of key positions, including head of the conflict management division, attaché to the refugee division, AU spokesperson, before heading the AU Peace and Security council from 2009 to 2015. Wane was the UN assistant secretary-general for peacekeeping operations between 2016 and 2017. He returned as chief adviser to the AU commission chairperson from 2017 to 2019.

In appointing him as UN envoy to Mali, Antonio Guterres is counting on his expertise in conflict resolution. Indeed, El-Ghassim Wane is leaving on “familiar ground,” notes a diplomat, who praises his address book. “On behalf of the AU, El-Ghassim Wane was the orchestrator of the deployment of African armed forces in support of Operation Serval,” adds the diplomat, who remembers that El-Ghassim Wane was very involved in influencing the positions of the junta then led by Amadou Sanogo.

But El-Ghassim Wane is also a technician. “A great lonely worker,” according to a connoisseur of the AU’s arcane affairs. The challenge for him,” this observer continues, “will be to be a good politician” to lead the MINUSMA.