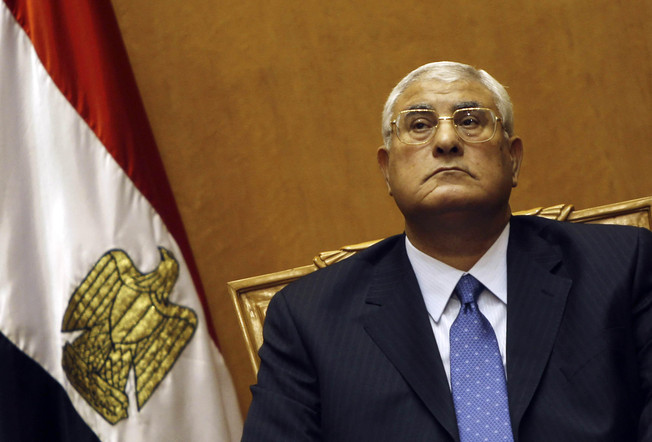 Egypt : Election dates to be shuffled amid tensions 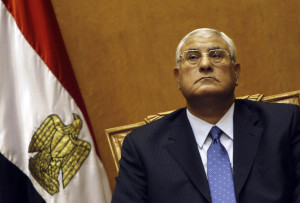 Signs of shaking up the transitional road-map set up by the military after the coup d’état against Mohammed Morsi have emerged after Interim President Adly Mansour hinted that they can hold presidential elections before the parliamentary polls. Egypt is still in a critical situation as the Muslim Brotherhood and it supporters continue to demand the reinstallation of Morsi as the legitimate president. The constitutional referendum is expected to be held in mid-January.
The interim president’s hint came as a surprise to many because there has not relevant public pressure to organize the presidential elections quickly. He said it wouldn’t violate the transitional plan. Besides, no candidate has officially announced his desire to run for office. Army Chief General Abdel Fattah Al Sisi is being urged to stand as a presidential candidate but he continues to coy on his decision.
Secular-leaning politicians who want the presidential election before the parliamentary polls lobbied interim head of state Adly Mansour during four recent meetings, according to officials familiar with what was discussed. An army official was quoted saying that the “most parties so far” want the presidential elections to precede the parliamentary polls.
Many believe that the move is part of efforts to elect General Al-Sisi as president because of his current popularity. Mustapha Kamel Al Sayid, a professor of political science at Cairo University, said organizing presidential elections first will “accelerate the process of bringing Sisi as head of state”.
Pro Morsi supporters are against General Sisi being elected because they alleged that he has committed treason against the state. Anti Morsi supporters think otherwise. The confrontations between rival supporters have led to hundreds of deaths and the heavy police crackdown on the Muslim Brotherhood.