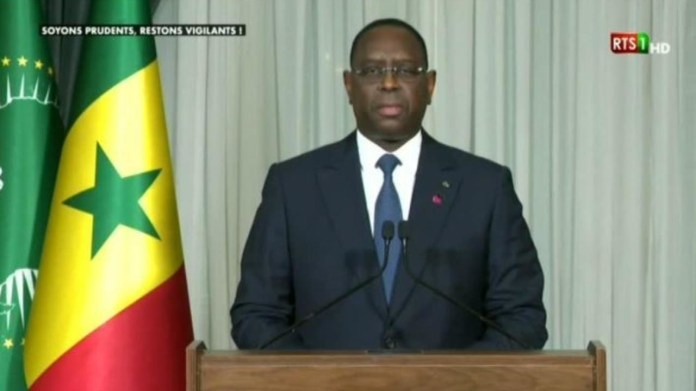 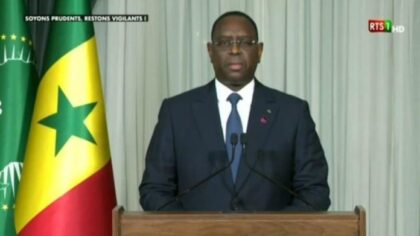 An appeal for “calm and serenity” was launched Monday evening by President Macky Sall. The head of state expressed himself in a message to the nation, after several days of violent demonstrations that left at least five people dead, according to an official report and eight according to Amnesty International.

There were disruptions in the judicial proceedings concerning Ousmane Sonko, charged in a case of alleged rape, who was released Monday under judicial supervision.

In his message to the nation, the head of state called for dialogue and consultation. He stressed that the anger expressed in recent days is also linked to the impact of an economic crisis aggravated by the Covid-19 pandemic.

Macky Sall who underlined that he understands youths’ concerns announced that the health curfew in force in the regions of Dakar and Thies is reduced from midnight to 5 am.

On the judicial aspect of the crisis, the president calls for letting “justice take its course independently.”

Just before the president’s statement, and following his release under judicial supervision, Ousmane Sonko also made a statement at the headquarters of his party, Pastef.

“We have a great youth,” said Ousmane Sonko, who paid tribute to the victims of violence in recent days, before attacking President Macky Sall, whom he accused of being “responsible for the events of recent days”, of having “betrayed the Senegalese people”, of “persecuting opponents” and of having “imposed the balance of power”.

Ousmane Sonko also demanded the immediate and unconditional release of “political prisoners” and the opening of an independent investigation into the blunders during the demonstrations. He also asked the Head of State to publicly and unambiguously declare that he will not be a candidate for the next presidential elections in 2024.

“The mobilization will continue,” he said, “with peaceful demonstrations,” before adding that “fear must change sides.”

Earlier in the day, and after the announcement of the investigating judge’s decision, a crowd of demonstrators gathered in Dakar. Ousmane Sonko left the court at midday very discreetly, out of sight. He is therefore free to move freely, but remains at the disposal of justice. Every last Friday of the month, he will have to appear before the judge. He will not be able to travel without his authorization. He will have to answer the summons of the judge and the investigators and he has the obligation not to speak publicly about the judicial file, that of presumed rape.

Freedom under judicial control, therefore, and not the warrant of committal, a decision that goes in the direction of relaxation, according to Ousmane Sonko’s defense, even if his lawyers continue to denounce a “political conspiracy” against their client.