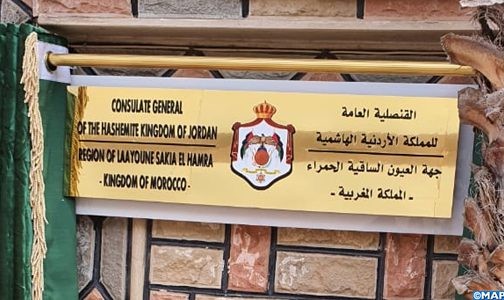 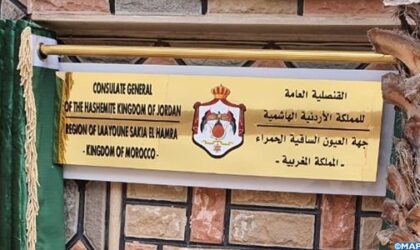 The Kingdom of Jordan became the latest country to officially open a consulate in the capital of the southern provinces, Laayoune, joining more than 20 mostly African and Arab countries with a diplomatic mission in the Sahara.

The opening of the consulate was announced last November following phone talks between King Mohammed VI and King Abdullah.

Jordan thus becomes the third Middle Eastern country to have a consulate in the Sahara after the UAE and Bahrain, in a move that highlights close ties between the two monarchies.

The diplomatic representation is part of strong ties between Amman and Rabat who are both part of an Arab Free trade area.

The Jordanian King paid a visit to Morocco in March 2019, which was a chance to further develop ties in the fields of renewable energies, agriculture, tourism, vocational training, Islamic affairs, security and higher education.

The new consulate also mirrors the attraction of the Southern provinces as a promising business hub.

The US has announced recently plans to open a consulate in Dakhla which will have a major economic role in promoting investments in the territory.

Morocco has also fostered the attractiveness of the Saharan provinces as a link to Africa, launching large scale investments including a highway and a hub geared to West Africa.

The opening of diplomatic representations in the Sahara provinces signals the legitimacy and international and Arab support for Morocco’s sovereignty over the Sahara and its territorial integrity.

The other countries having set up a consulate in Laayoune are Bahrain, Burundi, the Central African Republic,  the Comoros Islands, Côte d’Ivoire, Eswatini, Gabon, Sao Tomé and Principe,  the UAE,  and Zambia.

North Africa Post's news desk is composed of journalists and editors, who are constantly working to provide new and accurate stories to NAP readers.
NEWER POSTWHO congratulates Morocco on its vaccine efforts
OLDER POSTMorocco: Over 4 tons of cannabis seized in Atlantic coastal city of Asilah