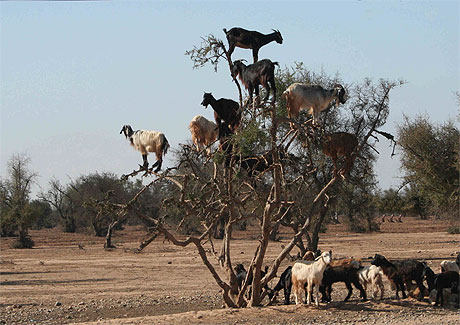 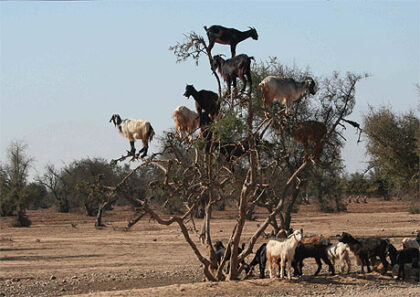 The UN General Assembly on Wednesday adopted by consensus the resolution proclaiming May 10 the International Day of the Argan Tree, as an intangible cultural heritage of humanity and ancestral source of sustainable development.

The UN resolution, tabled by Morocco, was co-sponsored by 113 member states of the United Nations.

The Argan tree, a tree specific to the Kingdom of Morocco, will thus be celebrated every year on May 10 as an intangible cultural heritage of humanity and ancestral source of sustainable development.

The choice of May 10 is inspired by the cycle of maturation of the fruit of the Argan tree.

The proclamation of International Argan Tree Day is a recognition of Morocco’s efforts to protect the Argan tree.

It also highlights the key role of the Argan tree sector in achieving the 2030 Agenda goals and its contribution to sustainable development in its economic, social and environmental dimensions.

The financial empowerment and emancipation of women in rural areas is one of the pillars of the text of this resolution.

Morocco’s resolution, that falls in line with the 2030 Agenda for Sustainable Development meant to eradicate poverty, seeks to promote trade and sustainable growth and production of argan and its derivatives.

Morocco actually urged the UN to celebrate the Argan Tree International Day and recognize the important role of the argan tree in “economic empowerment and financial inclusion of local communities.”

Argan trees cover more than 71% of the Souss valley in south-western Morocco.

Argan is a popular ingredient in beauty cosmetics, including for hair and skin care.

Argan product sales for medicine, cosmetics, and consumption make up over 90% of the Souss-Massa region’s economy.

Often called the country’s “liquid gold”, global sales of argan oil are soaring, helped by studies that suggest it has health benefits. Production, which is almost all from Morocco, is expected to reach 19,623 US tons or $1.79bn by 2022 up from 4,836 US tons in 2014.

Over 17,500 cooperatives are active in the argan industry. Most of the rural businesses employ local women, according to the UN Food and Agriculture Organization (FAO).

The Moroccan initiative was launched in February 2020 during an event held by the Kingdom in collaboration with the National Agency for the Development of Oasis and Argan Areas (ANDZOA), the UN Department of Economic and Social Affairs (UN DESA), FAO, UNESCO and the WHO.