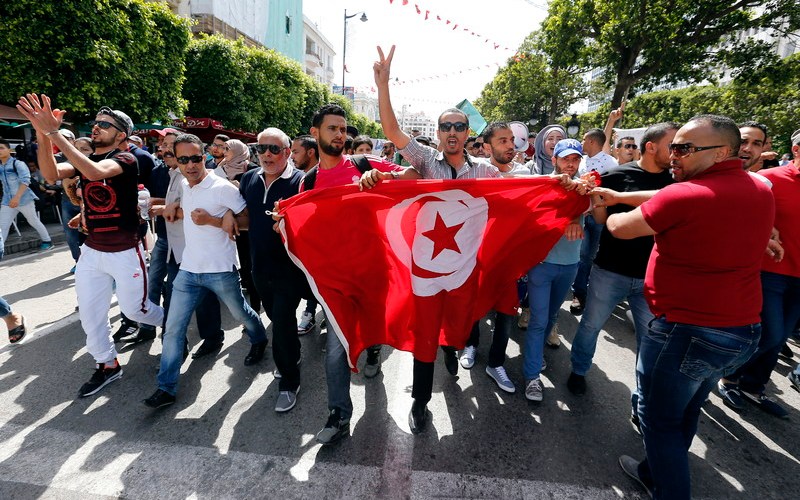 Tunisia counts more than 650,000 civil servants that is 5% of the total population of 12 million people, a number that weighs significantly on the state budget.

Tunisia has more public sector employees compared to 568,000 in Morocco which has a population three times bigger.

The IMF has urged the Tunisian government to cut the wage bill and reduce subsidies to narrow its widening budget deficit.

The government has hinted at reducing the number of the employees in the public sector but it faced fierce opposition from the powerful labor unions.

Downsizing the civil service payroll also risks worsening the country’s unemployment rate which stands at 17%, without counting thousands of workers in the informal sector left without social protection.

The coronavirus has also hit hard the finances of the Tunisian state triggering protests in several towns as well as unprecedented economic hardship on the back of the standstill in the tourism sector.

Tunisia’s 2021 budget forecasts borrowing needs at $7.2 billion including about $5 billion in foreign loans. It puts debt repayments due this year at 16 billion dinars, up from 11 billion dinars in 2020.

In January 2021, following a team’s mission on site, the IMF predicted an 8.2% decline in GDP in 2020 which would lead to “increased poverty and unemployment”.

North Africa Post's news desk is composed of journalists and editors, who are constantly working to provide new and accurate stories to NAP readers.
NEWER POSTUN adopts May 10 as the International Day of the Argan Tree
OLDER POSTMorocco -U.S. conduct maritime exercise to enhance interoperability