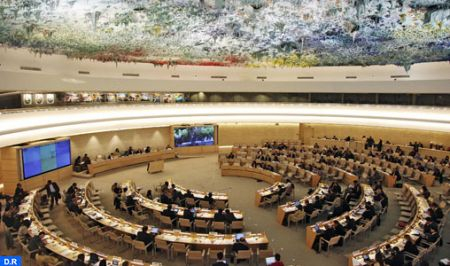 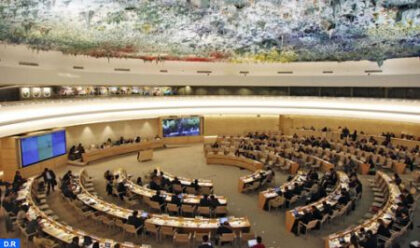 The systematic human rights violations committed against the Sahrawi population in the Tindouf camps, southern in Algeria, have been exposed at the 46th session of the Human Rights Council convening in Geneva from Feb.22 to Mar. 23.

Algerian authorities must be held accountable for the repression, torture and abduction of opponents in the polisario-controlled camps, said on Monday Sahrawi human rights militant Adnan Braih in an address before the HRC.

He called on UN Higher Commissioner for Human rights to take urgent action to end the ordeal and sufferings of thousands of Sahrawis sequestered in the Tindouf camps where the polisario and its armed militias are using all oppression tools to silence protest and popular anger in the camps under the watch of Algerian authorities.

Mr. Braih cited the case of his brother, Ahmed Khalil Braih, a former polisario member who was abducted in 2009 by Algerian intelligence services while investigating human rights violations committed by separatist leaders.

“The Algerian State still refuses to unveil the whereabouts of my brother, kidnapped by its agents in January 2009 in Algiers despite the call made by UN Human Rights Commission in 2020 and the demonstrations held in the Tindouf camps to demand his release”, he said.

Mr. Adnan Braih called on the Office of the High Commissioner for Human Rights to urge Algeria to shoulder its responsibilities in guaranteeing the rights of Sahrawis on its territory in accordance with the UN human rights system, and by putting an end to the impunity enjoyed by polisario torturers.