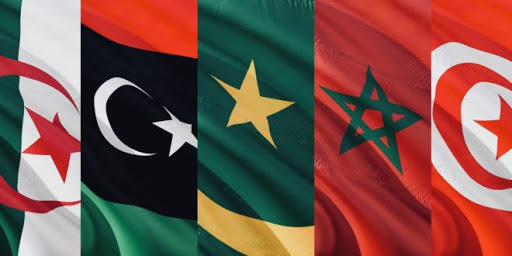 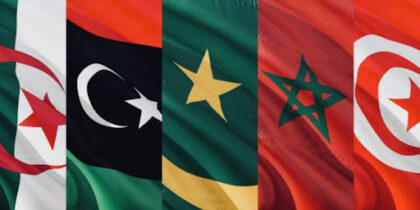 Blinded by their endemic anti-semitism, Algerian and Tunisian leaders of parties hailing from the Muslim Brotherhood called for a Maghreban union that excludes Morocco.

Head of Algeria’s Islamist MSP, Abderrazak Makri, has called for a Maghreb Union without Morocco because it has normalized ties with Israel.

“We should exclude Moroccans, because they brought closer to our border the Zionist enemy and hence we no longer trust them,” said the chief of the Islamist facade of the military junta at a press conference in Algiers.

His anti-Moroccan statements echoed those of his peer, head of Ennahda party in Tunis, Rachid Ghannouchi who said, in an interview with Tunisian Radio Diwan FM, that the Maghreban Union had better be built between Algeria, Tunisia and Libya.

Ghannouchi had also called on the three states to open borders, adopt a single currency and forge agricultural and industrial partnerships.

Ghannouchi left out Morocco and Mauritania on the backdrop of Morocco’s resumption of ties with Israel and reports that Mauritania would follow suit.

The positions of the two political parties show that ideological extremism and hostility to the Jews takes precedence over national interests.

Ghannouchi also shed light on the situation in Libya which he evoked as a market that could absorb Tunisia’s unemployed.

The two Islamists had better recall what has been done in previous years and what has prevented the integration between the three states instead of pinning their failures on Morocco, the place where the Maghreb Union was launched.

If the Sahara conflict and Algeria’s support for separatism in southern Morocco is apparently a cause of tension between Rabat and Algiers, one might ask about what has been achieved between Tunis and Algiers? The two states have no territorial dispute but yet the level of trade and integration leaves much to be desired.

Libya, to which Ghannouchi wants to export Tunisia’s job problem, has been mired in conflict since Gaddafi was deposed. Neither Tunis nor Algiers contributed to bring the warring parties closer.

Morocco instead emerged as a trusted partner for Libyans offering conditions propitious for a national dialogue leading to Skhirate agreement in 2015 to pave the way for a transitional government.

With Mauritania, which is viewed by the Tunisian and Algerian Muslim Brotherhood as a distant country, Morocco is the main trading partner.

The statements of the two Islamists also reflect the zero-sum game attitude to Maghreb integration within the Algerian regime that kept Algeria’s economy oil-dominated lacking in competitiveness.

Algerian officials think that Morocco would largely benefit from open borders as it has a diversified economy, competitive exports and attractive tourism infrastructure which would lure millions of Algerians annually. But they ignore that if they lose in the short term they have to gain in the long term as competitiveness can only be strengthened through opening up borders and trade.

King Mohammed VI had deplored in a speech marking the return of Morocco to the African Union in January 2017 that “the flame of the Arab Maghreb Union has faded, because faith in a common interest has vanished!”

“The mobilizing momentum of the Maghreb ideal, advocated by the pioneers in the 1950s, has been betrayed. Today, we regret to see that the Maghreb Union is the least integrated region in the African continent, if not in the whole world.”

While waiting for Maghreban leaders to return to their senses, Morocco acts like an island state diversifying partners and seeking win-win partnerships notably in Africa, and bolstering and diversifying its economy to be well-placed to act as a locomotive whenever the Maghreb integration comes to a hopeful fruition.