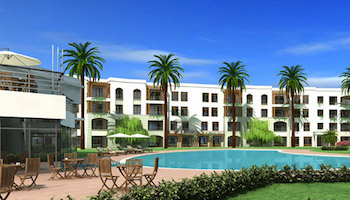 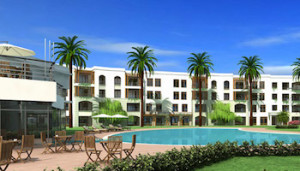 The International Finance Corporation, a member of the World Bank Group, announced it is investing $50 million in Alliances Group, a leading Moroccan home builder, “to increase the supply of quality affordable housing, create jobs, and spark broader economic development.”
The investment consists in the purchase of 3% of the Moroccan group’s shares for $25 million and a credit line of the same amount.
The IFC participation in the capital of Alliances Group is part of a capital increase operation launched by the group last August.
The investment will help the group finance the project it launched in 2010 to build 110,000 affordable housing units that the IFC describes as “a crucial project.”
Over the last 10 years, rapid economic growth and urbanization have contributed to a significant increase in the demand for affordable housing in Morocco and the trend is expected to continue.
The Moroccan government is granting a set of incentives and tax exemptions to real estate developers to promote low-cost housing in the country that needs an estimated 840,000 homes.
“Morocco urgently needs high-quality and affordable housing for low-income families,” said Mohamed Alami Lazraq, President and CEO of Alliances Group, during the investment agreement signing ceremony lasr week.
“At a time when governments across the region are facing fiscal constraints, the private sector can help bridge the infrastructure gap,” Joumana Cobein, head of the Maghreb region for IFC, was quoted as saying in an IFC release. “Private firms have the expertise and financial wherewithal to deliver projects that will make life better for the people of this region.”
The group’s construction project is expected to create jobs, help develop integrated housing communities, and improve related infrastructure, said IFC which also pledged to help Alliances Group enhance its corporate governance and environmental and social standards.
Alliances Group is not the first private Moroccan company to benefit from IFC support. The international financial institution has already provided assistance to Saham Group, Banque Populaire and Zalagh Group.
Alliances is Morocco’s leading integrated real estate and tourism company operating in the sectors of affordable and luxury housing as well as in the sector of construction/public works.
Since it was created in 1994, Alliances Group has carried out a series of flagship projects
The group’s turnover exceeded $480 million and profits stood at over $105 million in 2012. The group has however incurred debts to fulfil its land acquisition policy.