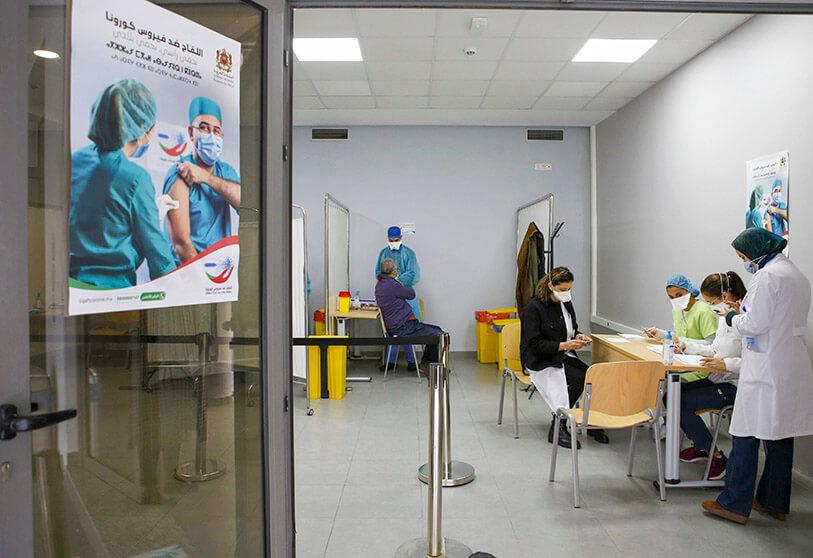 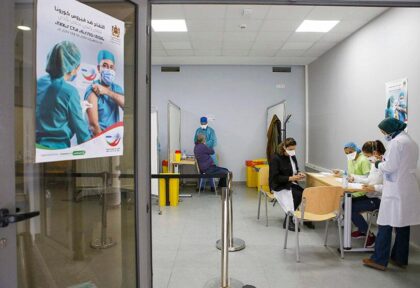 The vaccination campaign launched in Morocco on Jan.28 is unfolding successfully with over 2.46 million people having received their first dose of the COVID-19 vaccine while the second dose was administered so far to 13,476 people.

Although Morocco has only launched its vaccination campaign since Jan.28, i.e. only three weeks ago, the Kingdom has already immunized 6.83% of the 36 million strong population, a rate that is among the highest in the world.

Already on Feb.14, the specialized site ourworldindata.org has ranked Morocco 9th country in the world to have vaccinated large numbers of its population.

Regarding the previously set target of vaccinating 25 million people to reach herd immunity, Morocco has now reached 10% of the target.

Out of the barely 2.61 million people currently vaccinated in Africa, as of Feb.20, Morocco alone counts 2.46 million.

With 7 million vaccine doses, received from AstraZeneca and Sinopharm laboratories, Morocco also holds the largest number of doses in the continent while all the other African countries, with the exception of the Seychelles Islands, have received only small volumes, including South Africa (1.08 million vaccines), Zimbabwe (200,000 doses donated by China) and Senegal (200,000 doses purchased from Sinopharm). Egypt and Algeria each received 100,000 doses in all.
It is not until March, with the Covax program, that mass vaccination will begin in the continent.

The Kingdom, which prepared logistics for several weeks, started its vaccination campaign with a bang, doing even better than some European countries, including France, Spain, in terms of organization.

Several media in Europe, which is lacking behind in terms of vaccination, have praised Morocco’s performance.

In this vein, the British newspaper Express, in an article titled “The humiliation of the European Union”, calls for taking example on Morocco which “beats the (European) union on vaccination … despite the launch of its campaign only three weeks (ago)”.

And here again, as in the early hours of the pandemic in 2020, the so-called developed countries are not examples. Morocco, which distinguished itself last year for its exemplary management of the pandemic, is making a strong comeback with its vaccination campaign, which so far has proven to be flawless, the media outlined.

The British publication quoted activist Charles-Henri Gallois, founder of the Frexit movement in France, who cited another ranking which establishes Morocco in 17th position among non-European countries to have vaccinated a higher percentage of their population than the European Union. “Morocco, which started its vaccination campaign only three weeks ago, is already doing better that the EU,” Charles-Henri Gallois was quoted as saying.

These performances are explained by the political will of the Kingdom’s leaders, primarily King Mohammed VI, who made vaccination a primary objective, in order to save lives and revive the Moroccan economy.

Meanwhile, Moroccan scientist who was head of the Warp Speed operation, assured that Morocco is using “very safe” COVID-19 vaccines.

In a recent interview with Le360, Slaoui spoke highly of Morocco’s “anticipative strategy” to curb COVID-19 and to quickly launch a national vaccination campaign.

Commenting on the vaccines that Morocco adopted — the Chinese Sinopharm vaccine and the British-Swedish AstraZeneca vaccine, Slaoui argued that the country has made “a safe choice.”

“I do not have enough information about the Sinopharm vaccine, but I know that it is based on a well-documented, well-proven technology, which is safe and, apparently, very efficient,” the scientist said.

“The second vaccine, AstraZeneca, is a vaccine that I know very well. It is also a very efficient vaccine against severe illness, hospitalization, and coronavirus-related deaths,” he added.

While Morocco is hailed for its successful vaccination campaign, Algeria’s campaign is described as a fiasco as the country is lagging behind with only some 75,000 people immunized so far. The country faces a dire shortage of vaccines as it has so far received only 100,000 doses, including 50,000 of the Russian Sputnik V vaccine, and another 50,000 doses of AstraZeneca

Despite a considerable announcement effect about purchases of new doses of vaccines, Algeria now relies on the Covax program and the African Union to be able to immunize its population.

North Africa Post's news desk is composed of journalists and editors, who are constantly working to provide new and accurate stories to NAP readers.
NEWER POSTTunisAir CEO fired
OLDER POSTAlgerian army mocks itself by failed attempts to use Morocco to thwart the Hirak