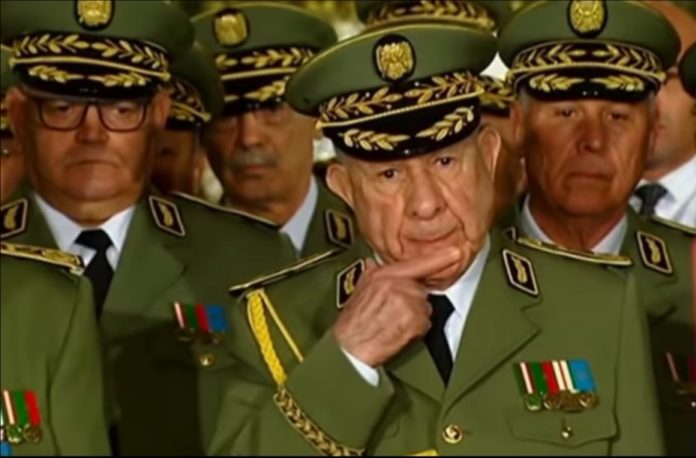 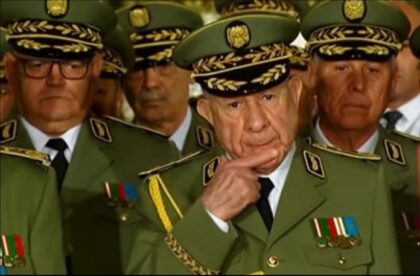 Algeria’s aged military commanders- ruling behind a civilian curtain- have lost all senses in their desperate bid to portray Morocco as an enemy in order to gain popularity among a disenchanted youthful Algerian population keen to see a civilian state and an end to military rule.

In its latest diatribe or statement, the defense ministry denied that it will take part in the G5 anti-terrorism force saying that such reports only serve “propaganda of the Moroccan Makhzen regime and Sionism.”

The statement went on to say that Algeria “denies categorically such fallacious interpretations…spread by those who want to sow anarchy and undermine the country’s stability.”

This statement does not only show an endemic hostility towards Morocco, but also confirms, if anything, that the Algerian army is the undisputed master in the country and that the Head of state is a mere rinky-dink President.

The Constitution stipulates that the President of the Republic is the supreme head of the armed forces and, at the same time, Minister of National Defense. So, any major decision concerning the army should be made by the President. Yet, as the situation goes in Algeria, the army does not even bother to keep up appearances and makes decisions that overstep what is constitutionally part of the President’s prerogatives.

The defense ministry’s statement also reflects the fragility of an aged regime on the verge of implosion under the impact of the Hirak and an impending economic crisis.

It shows the prevalence of the conspiracy theories in the army rhetoric in a new failed attempt to export the domestic Algerian crisis to Morocco.

Likewise, the statement attests to the isolation of Algeria in the region and its diplomatic demise. Algeria which was not invited to the recently-held G5 Sahel summit looks with envy to Morocco and the respect it enjoys in the Sahel as a security provider and reliable partner in the fight against terrorism.

Meanwhile, Algeria which has opposed the creation of the G5 force has pushed away Sahel countries by its hegemonic stands, which so far sowed seeds of distrust among its neighbors.

The creation of G5 military force by five Sahel states was met with disdain in Algeria, which reduced the move to conspiracy theories accusing France of seeking to bolster ties through the joint force.

Algeria’s ambivalence was expressed on multiple occasions in recent years. Analysts see that Algeria has been manipulating terrorism in the region for three main reasons. First, connivance between Algerian security services and some terrorist groups dates back to the black decade in the 1990s where domestic intelligence service (DRS) used extreme GIA members to discredit the FIS Islamists. Later, with the disbanding of the GIA and its retreat to the mountains and the Sahara, Algeria’s security operations pushed these terrorist remnants of the black decade to operate in the Sahel where they engaged in trafficking and criminal activities.

Hosted, armed and funded by Algeria, the Polisario has acted in connivance with these terrorist groups in the Sahel and engaged with them in all sorts of trafficking.

Sahel countries have on multiple occasions deplored Algeria’s laxity with Iad Ag Ghali who facilitated the merger of four terrorist groups operating in the Sahel into one group pledging allegiance to Al Qaeda and its Jordanian leader Azarkawi. The four terrorist groups were brought together under the command of Ag Ghali. The new terrorist organization bears the name of “Jamaât Nasr Al islam wa Al Mouminin” (Group for the Defense of Islam and the Muslims).

Nine years after the establishment of CEMOC, Algeria’s genuine purposes became evident: keep France away from the Sahel and contain its arch rival, Morocco, while manipulating terrorism to keep Sahel neighbors in check.